In the early days of the Year of the Rat 2020, the Imperial Citadel of Thăng Long reserves ample space for children to play around and take photos, such as the thematic decoration area titled “Pen Strokes of Spring” with pinwheels, couplets, wind chimes, conical hat, etc. Especially noteworthy is the presence of massive and loveable mascots that serve as excellent background for children to pose in their photos.

The carp is very popular to the quotidian life of people and in folk arts. In the Vietnamese culture, the saying “the carp feasted on the seventh day and rode the waves of Vũ Môn river on the eighth day” champions perseverance and resilience to overcome hardship to win success in academic and entrepreneurial pursuits. 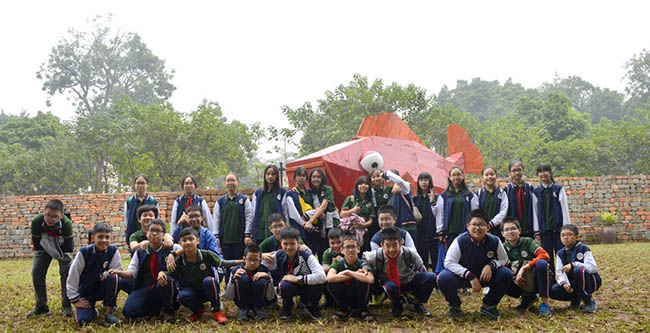 The red carp stands out significantly

According to popular belief, the toad is a clever, brave creature and a good omen of luck. Dubbed as “the Heaven’s uncle”, the toad is closely associated with the wish for propitious weather and bumper crops. A toad that holds coins in its mouth is also a symbol of wealth and prosperity. 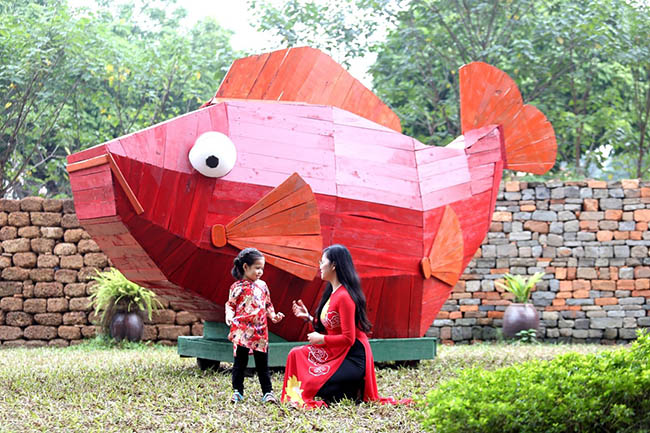 Children look really cute as they put on the traditional costumes.

Together with the dragon, the unicorn and the phoenix, the tortoise is one of the sacred animals. It is a symbol of heaven and earth, longevity and knowledge.

The tortoise is linked closely to the making of the Vietnamese nation and country, as can be seen through myths and legends about the construction of the citadel by King An Dương Vương and his efforts to drive out the bandits, the return of sword in the Sword Lake by King Lê Lợi. As such, the tortoise is also a symbol of aspirations for peace.

The giant and lovely tortoise 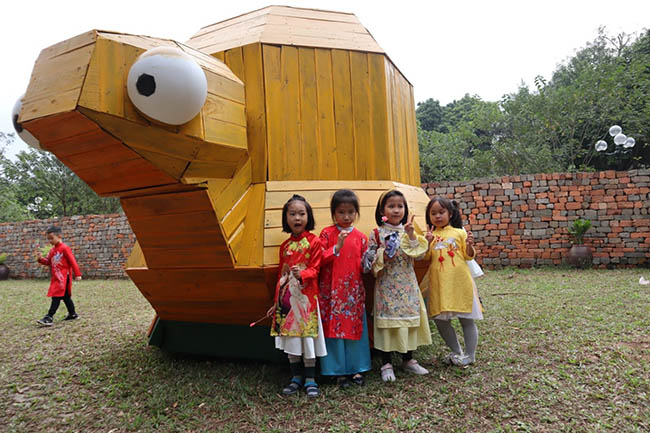