On 31 January 2015, The Thăng Long- Hà Nội Heritage Conservation Centre worked with the Thăng Long – Hà Nội Cultural Heritage Association to inaugurate the bonsai and flower exhibition at Thăng Long Imperial Citadel heritage site, as part of the celebration of the 85th anniversary of the birth of the Communist Party of Vietnam and the New Year 2015.

The bonsai and flower exhibition, which was held in the vast area in front of the Main Gate (Đoan Môn), introduced to the public about 850 bonsai artworks. This is a fairly large-scaled and diverse exhibition, with the participation of many members of the Hanoi Bonsai and Penjing Association, Thăng Long Bonsai Association, Bonsai Club, bonsai artisans from different districts like Đan Phượng, Tây Hồ, Thanh trì, Gia Lâm, Hoài Đức, Hà Đông, and neighboring provinces like Hải Phòng, Bắc Giang, Hưng Yên, and Bắc Ninh.

Many original bonsai artworks displayed here have really attracted the attention of sightseers and bonsai connoisseurs. Examples include such bonsai design as the two dragons facing the moon, the welcoming cypress, the green bamboo-like plant, the mother-and-child plant, the banyan and wharf, among others. The exhibition also put on display a variety of flowers, orchards, Lạng Sơn peach tree, Tây Hồ peach and kumquat trees. 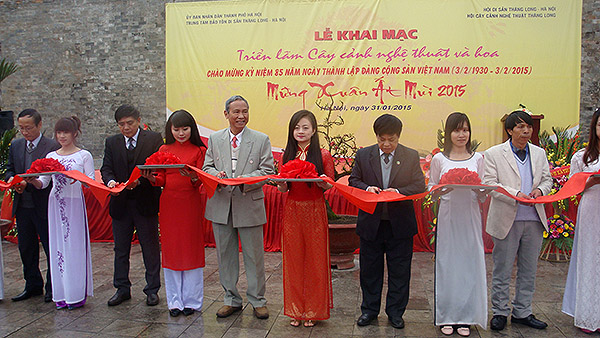 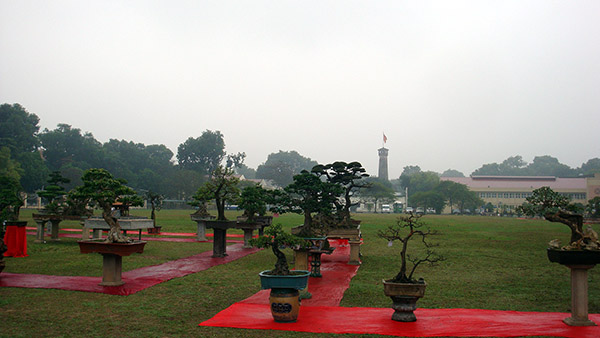 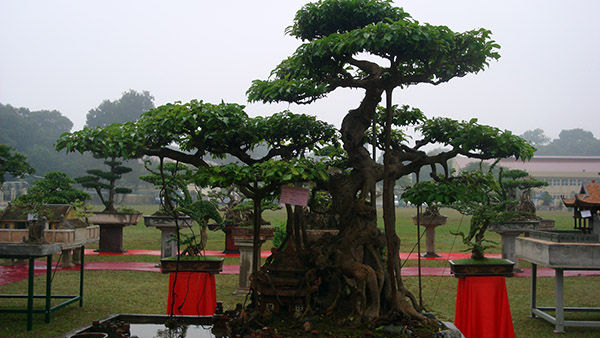 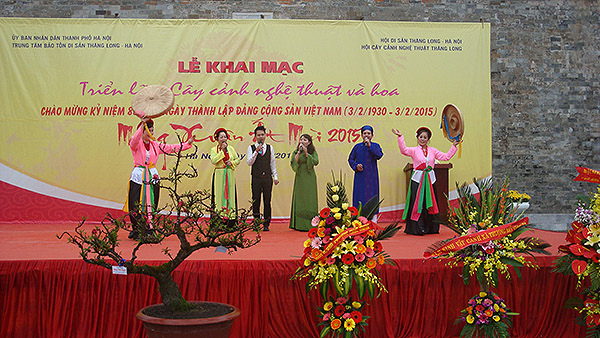 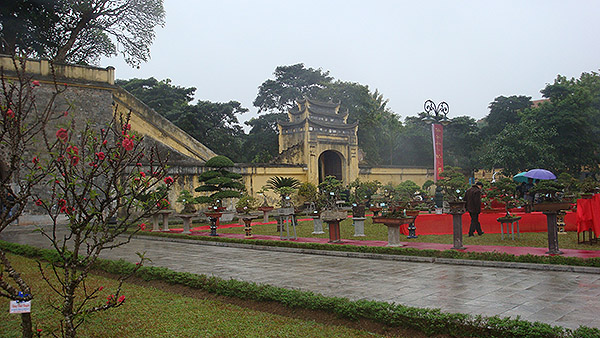 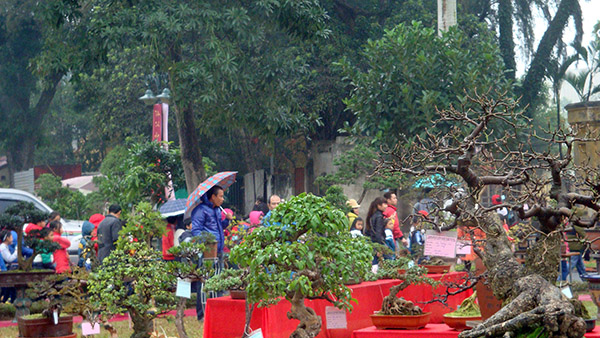