The Central Sector of the Imperial Citadel of Thăng Long-Hà Nội was inscribed on UNESCO List of World Heritage in the autumn of 2010, on the very occasion of the millennial anniversary of Thăng Long. This relic complex is closely linked to the history of the capital city of Vietnam, Thăng Long in the past and Hanoi at present. 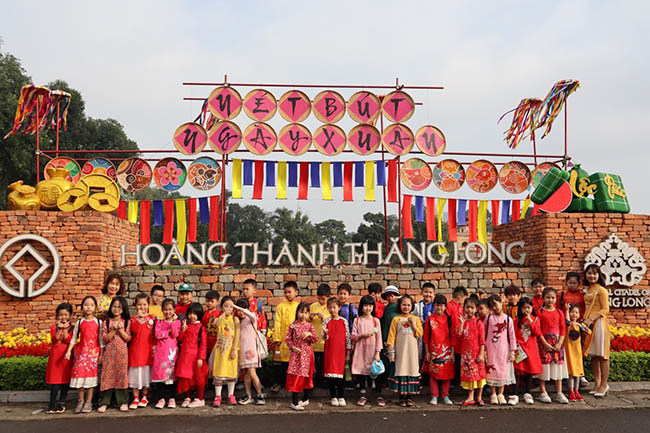 It is also a unique archaeological site where thousands of artefacts that are historically, scientifically and culturally significant have been unearthed, giving visitors a better understanding of traditional culture and the historical breadth of over one thousand years of Thăng Long – Hà Nội. It is hard to find an archaeological site that bears so many alternating cultural layers elsewhere in the world. In the course of history of Thăng Long – Hà Nội, the Imperial Citadel of Thăng Long is a must for whoever coming to Hanoi as a visitor.

To give the site a destination brand in the millennial city, the Thăng Long – Hà Nội Heritage Conservation Centre in the fast few years has made a lot of efforts in terms of enhancing the visibility of the site and improving the quality of visitor service. Efforts to improve and upgrade the destination have been lauded by tourists, including, for example, making sure the restrooms meet standards, planning the welcome gate, the reception area, the interpretation panels and signposts, renovating the flower garden miniature landscape, mini-scenes, growing seasonal flowers like sunflowers, peach blossoms, roses; developing convenient technological products for visitors like free wireless connection, smartphone-based site interpretation app, interactive screen explaining the history of Thăng Long Imperial Citadel, devising folk art performance programmes and new products in service of visitors. 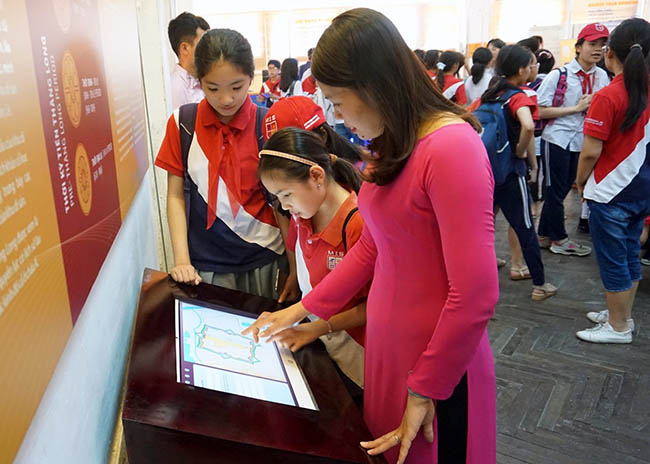 Interactive screen explaining the history of Thăng Long Imperial Citadel is a convenient tool that has recently been introduced to visitors.

Many events organized by the Centre such as Vietnamese Tết, Celebration of Mid-Autumn Festival, folk music performance, water puppetry, thematic exhibitions, heritage education for children, etc. have left good impressions on visitors. Bringing heritage to the general public, the community, and especially the young generation is believed to help also preserve and promote the heritage values in a sustainable manner.

Responding to the demand-stimulating package titled “Vietnamese people travelling Vietnam”, the Thăng Long Imperial Citadel has also actively initiated a number of appealing activities such as the Fragrance and Beauty of the Herbal Medicine in Double-Fifth Festival” which recreated the traditional customs and mores of the Vietnamese people during the Double-Fifth Festival, introducing the art of tea appreciation in the feudal court as well as many other exchange and experiential activities.

The Centre has worked with Hà Nội Tourist Travel Agency to devise a sightseeing package titled “A touch on the past” for domestic visitors.

The sightseeing package will bring tourists unique experience, such as visiting the heritage site with a focus on the most popular spots like the Main Gate (Đoan Môn), beholding precious unearthed artefacts, exploring Building D67 and the two secret bunkers of the Headquarters, offering incense to pay tribute to the 52 ancestral kings, experiencing the well water in the royal palace, etc.

On the site of the Imperial Citadel, counters have also been set up to provide tourists and travel agencies with further information; training has been administered for tour guides so as to make sure the content introduced to the sightseeing public is standardized according to the roadmap that had been devised. 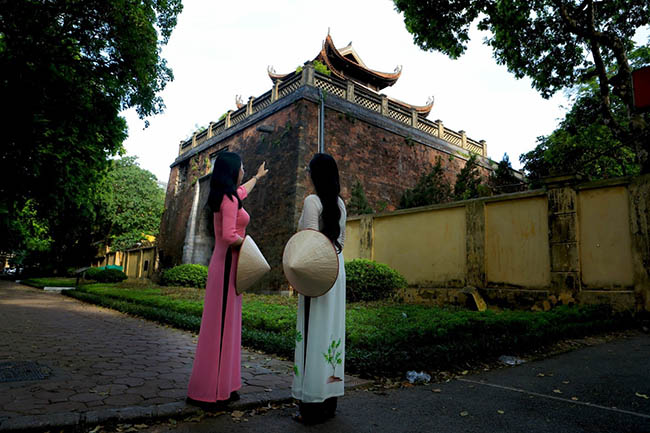 North Gate, the only citadel gate that remains of the Hanoi Citadel  of the Nguyen  Dynasty (photo courtesy: Lưu Phương Bình.)

In response to the stimulus package for domestic tourism in the wake of the Covid -19 pandemic, the Thăng Long Imperial Citael heritage site has given tourists the following preferential treatments: Free tour guide and site interpretation for groups of 15 tourists or above, free parking for sightseeing delegations travelling in 16-seat vehicles. In addition, there are the following concessionary combo packages for tourists travelling in groups of more than 50:

Within the scope of a campaign to enhance the visibility of Hanoi as a cultural destination for tourists, Thăng Long Imperial Citadel heritage site has also taken part in Hanoi’s tourism stimulation and non-alcoholic soft drinks festival organized in the vicinity of the octagonal house in Hoàn Kiếm District.

Enhancing the visibility and connecting with travel agencies to attract more tourists while boosting tourism programmes is a key task for Thăng Long Imperial Citadel in the coming time.