Co Loa was the capital of Early Ngo Dynasty, but in fact it only existed with the proper function of a capital in 6 years under Ngo Quyen’s reign. After Ngo Quyen died, Co Loa became the focal point of the battle for power and in fact, it was just as the base of one of the forces.

The ruling areas of ​​12 warlords along Red River, Duong River and Tich River, mainly in Red River Delta, were areas surrounding and adjacent to the capital of Co Loa. Besides the reason of occupying the land, it seemed that the warlords intended to develop the power not far from the capital so that they were able to easily strike Co Loa Citadel – the power center of the state, when conditions permitted. 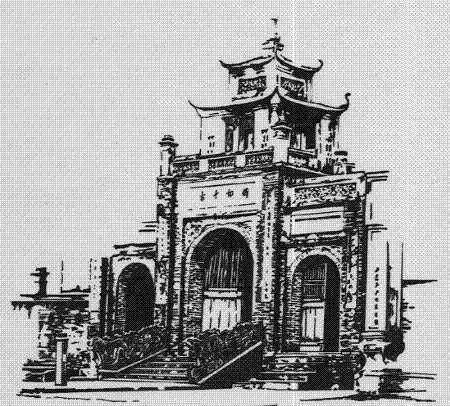 Dinh Bo Linh built his own force in Hoa Lu, away from Co Loa Citadel; moreover, from Hoa Lu to Co Loa, there were many other ruling forces, but when conducting the unification of the country, Dinh Bo Linh attacked Co Loa Citadel first, and then defeated the other warlords. Dinh Bo Linh was prepared on his force for many years to be able to defeat Co Loa, and after less than two years, he defeated all the remaining forces, completing the national reunification. Co Loa Citadel in the unification of Dinh Bo Linh also had an important role. It was the basis, a springboard to develop the offensive to beat warlord Nguyen Thu Tiep in Tien Du (Bac Ninh), Nguyen Khoan in Tam Dai (Vinh Phuc), Do Canh Thac in Do Dong (Ha Tay), etc.

In 968, Dinh Bo Linh completed the unification of the country and crowned himself to the throne. He did not continue to choose Co Loa, but Hoa Lu – his homeland as the royal capital. Co Loa again lost central role in the country. Metropolitan and military values of Co Loa Citadel therefore declined and almost lost with the change of the Yellow River. From a large river, Yellow River gradually became a creek, not enough water to supply for the system of protection moat of the citadel and dried up the waterway which was the source of life of the capital for a thousand years.

In 981, Le Hoan acceded to the throne, founded the Early Le Dynasty and continued to set up the capital in Hoa Lu. In order to stabilize the country, along with implementing policies to encourage production, Le Hoan directly appointed his sons (including adopted sons) to defend vital areas. The king sent 8 out of 9 princes to rule the north of Hoa Lu capital, on both sides of Red River.

The land in the heart of Red River Delta the King attached special importance included Co Loa, because this was the area of the 7th Prince, Dinh Phien Vuong  who garrisoned in Tu Doanh Citadel on the bank of Ngu Huyen River. Cương mục chính biên page 27a noted that “Ngu Huyen River flowed through the Kim Anh and Dong Ngan Districts to Yen Phong, Tien Du Districts and then run into Nguyet Duc River (Cau River). This was the Yellow River which flowed in the south, east and south-east of Co Loa Citadel. Tu Doanh Citadel described in this way was probably Co Loa Citadel. The 7th prince must have taken advantages of available land ramparts under the Ngo Dynasty to garrison his troops; and from this citadel, he sent his troops to suppress the rebel forces and stabilized an important area.