My Chau is daughter of Thuc An Duong Vuong. Legend of My Chau – Trong Thuy is one of the attractive story handed down from generation to generation among the common people in the early part of the history of the nation – a story is both realistic and legendary of Au Lac reign. 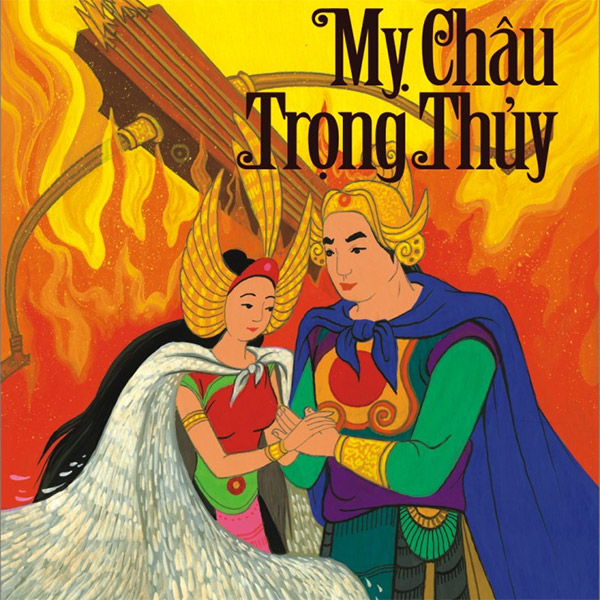 Concerning with My Chau, many people remember the love story of My Chau – Trong Thuy through the familiar verses written by the poet To Huu:

I told that the story of My Chau in the olden times,
Her heart was placed mistakenly.
Magic crossbow was awarded involuntarily by her to enemy,
Therefore the country was occupied.

Behind the love story of My Chau-Trong Thuy is a malicious pot of take over made by Trieu Da, and implemented by Trong Thuy, Trieu Da’s son. The girl who was immaculate, innocent, trusted the love honestly was finally put into the trap by her husband, accordingly the country was lost. Trong Thuy was An Duong Vuong’s son-in-law and served for the plot made by Trieu Da-take the magic crossbow to rob the country.

An Duong Vuong desired that two countries would be in reconciliation, not at war due to love story of My Chau and Trong Thuy. But An Duong Vuong’s lack of vigilance, disposal of enemy was the gap so that the Trieu Da and his son abused it.

Trieu Da rose troops to Au Lac, assigned Trong Thuy to be a leader of the troops. An Duong Vuong was subjective because of having “the magic crossbow”, when going into the battle, he recognized that the crossbow was no longer effective, he was in defeat, then brought My Chau running in the direction of the South.

According to the careful recommendation provided by My Chau before separation, Trong Thuy followed the marked way with fur sprinkled by My Chau.

The story told that after An Duong Vuong went to Mo Da mountainous area (Nghe An), the saint Kim Qui told him that the enemy was at his back. He drew sword out and cut the princess My Chau. Her blood leaked into the sea, oyster ate it then born precious pearl.

The legend told that after death, Trong Thuy was buried at Co Loa and metamorphosed a precious stone. At Co Loa village there is now Ba Chua tomb (in the Northeast of Vang hamlet, the South of Ca pond area).

However, one other legend on My Chau and stone statues in Co Loa is still handed down.

“After My Chau’s death for one time, a stranger stone naturally appeared at Dam Ca pond area. Fishers with a bamboo pot, fishers did not catch anything all day, they only found a stone in the bamboo plot, they thrown it into the water several times but it was not successful, they finally picked the stone up on the beach.

Buffalo children saw the stone, they were fun and climbed for naughty, after going the home they were sick. Since then the villagers knew that the stone was sacred, therefore, the people of several villages picked it up, but all the surrounding villages could not pick it up, only when Co Loa’s people brought a beautiful hammock to carry, and two great grandparent were sent to go to the stone, such stone rolled away immediately in the hammock and Co Loa’s people carried it. Going to the My Chau small temple, the hammock was broken, the people could not carry it away by any way, then the villagers established a small temple there to worship. Initial size of My Chau stone was small, then was bigger and bigger. And such stone stopped to grow only when the people begged. There was a jewel in the stone, therefore it was bigger and bigger and very sacred until the invaders flocked to and carried it away, the stone was no longer grown and sacred. Where the stones was picked up known as Ba Chua tomb”

Folk stories through many historical periods reflect a deep imprint of My Chau in the spiritual life of Co Loa’s people with a reverend sacredness. 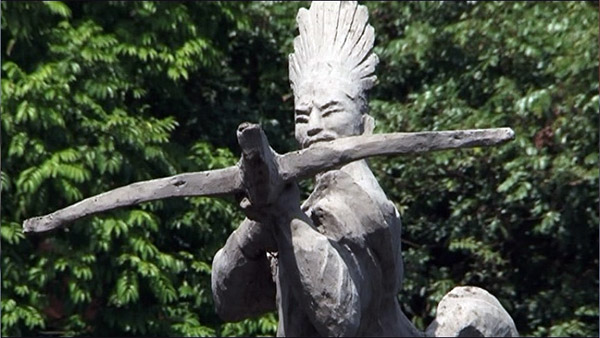