Exhibition “Archived materials about the administrative boundaries of Hanoi”

On the occasion of the 65th anniversary of the liberation of the capital city (10/10/1954 – 10/10/2019)  and the 20th anniversary of UNESCO’s “City For Peace” designation, the Hanoi Department of Home Affairs and Hanoi Archives work with Thăng Long – Hà Nội Heritage Conservation Centre to organize an exhibtion titled “Archived materials about the administrative boundaries of Hanoi”. 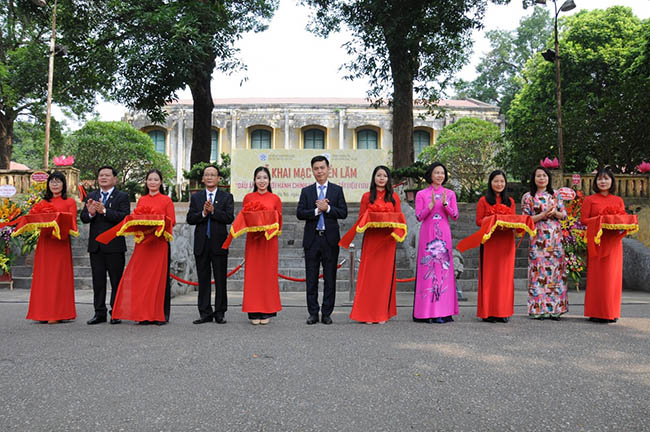 Ribbon-cutting ceremony to kick-start the exhibition.

On the morning of 2 October 2019, at the Thăng Long Imperial Citadel World Heritage Property (Hanoi), an exhibition titled “Archived materials about the administrative boundaries of Hanoi” was inaugurated. The exhibition aims to introduce the archived documents to the broad public, educate history, and present a cultural and historical event to serve the domestic and foreign tourists visiting Hanoi.

In 1010, King Lý Công Uẩn decided to move the capital city from Hoa Lư to Đại La and renamed it as Thăng Long. During the rule of the Lý, Trần, Lê, Mạc dynasties, Thăng Long served as the political, economic, cultural and educational centre of the whole country. In the 12th year of the reign of Emperor Ming Mạng (1831), the King conducted the biggest reform in feudalist Vietnam and created the Province of Hanoi. Towards the end of the 19th century, under the occupation of the French colonizers, the cities of Vietnam were also divided into three tiers. In 1888, the French president issued an ordinance naming Hanoi as Tier 1 City.

With the victory of the August Revolution, on 2 September 1945, President Ho Chi Minh declared the independence of Vietnam and gave birth to the Democratic Republic of Vietnam. Hanoi regained its role as the capital city, consisting of five urban areas and 120 suburban communes. On 21 December 1945, President Ho Chi Minh signed Ordinance 77 establishing centrally-run or affiliated cities and towns under these cities. Accordingly, Hanoi became a centrally-run city with 17 urban areas and 05 suburban administrative areas. When the Indochina War broke out in 1946 and Hanoi was part of the controlled area of the French, the settings of Hanoi became totally different. To suit the current conditions, Hanoi modified its resistance organizational structure and its administrative boundaries. During the French occupation, to suit the developments on the battlefield, the administrative boundaries were also altered to certain extent, including the changes made between 1946 and 1948. Administrative boundaries are the lines delimited by the competent authorities to separate the land and population of one locality from another. 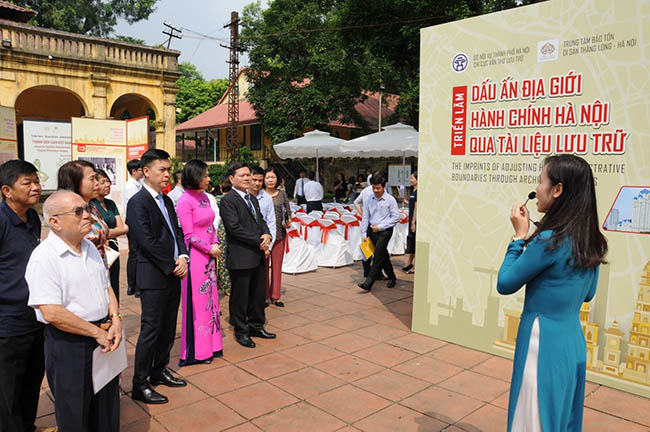 Visitors at the exhibition.

In July 1954, the Geneva Accord was signed, marking the hard-won victory of the Vietnamese people after a prolonged war of resistance. According to the Agreement, on 10 October 1954, Vietnamese soldiers of Brigade 308 marched towards Hanoi to take over the capital city in terms of power and Hanoi was liberated. From 1954 to date, Hanoi underwent four modifications of its administrative boundaries, respectively in 1961, 1978, 1991 and 2008. The size of the area, population, economy and society of Hanoi, the capital city of the whole country, grows increasingly bigger and developed.

The exhibition “Archived materials about the administrative boundaries of Hanoi” and the Hanoi Book Fair 2019 under the theme “Hanoi – City For Peace” are part of a series of activities and events expected to enhance the city’s visibility among the Vietnamese and foreign public.