On April 26, 1975, four days before the final liberation, the image of “thousands of golden stars and forests of flags flying” became salient in the song “The country’s fulfilled joy”. The song expressed the longing for the day of national reunification not only of composer Hoang Ha but also millions of other people in all parts of Vietnam.

At 11:30 a.m. on April 30, 1975, tanks of the liberation army rammed the gate of the Independence Palace and destroyed the last stronghold of the Republic of Vietnam regime. Right after that, the flag of the National Front for the Liberation of South Vietnam was flown on the roof of the Independence Palace, marking the final victory of the Ho Chi Minh Campaign and the liberation of Saigon.

At that historical moment on 30 April 1975, at the General Headquarters (Building D67), the leaders of the Politburo and the Central Military Commission watched the progress of the campaign while giving directions and waiting anxiously before finally receiving the news of victory from Saigon, with a feeling of excitement, relief, joy and pride. At that moment, everyone had teary eyes as they thought about beloved Uncle Ho whose dream of an independent and unified country had now come true.

Sharing the bliss with Saigon and the whole country, Hanoi the capital city was also filled with happiness when the news of victory was announced on the Voice of Vietnam. Hanoi’s people from all streets rallied to the Sword Lake, Ba Dinh Square in a forest of red flags and flowers with beaming eyes, broad smiles and moving emotions on the day of national reunification.

Celebrating the 46th anniversary of the liberation of the South and reunification of the country (April 30, 1975 – April 30, 2021), the Thang Long – Hanoi Heritage Conservation Center organized the exhibition “The country’s fulfilled joy” to commemorate this remarkable event and portray the moments when the people of Hanoi and Saigon shared the common joy of victory, the joy of national liberation and the reunification of the North and the South under the same roof.

In addition to documentary images of historical moments of 30 April 1975, the exhibition “Country’s fulfilled joy” also delves deeply into the emotional stories and recollections of historical witnesses whose vivid stories complement historical documents.

They are the people who have spent their lives fighting for the unification of the country, and lived through the historical moment when Saigon was liberated and the country reunified. Each witness of that day keep their own memories of the great historical moment of the country. Making use of memories from eyewitnesses is a way of re-telling history and giving valuable information to today’s generation. 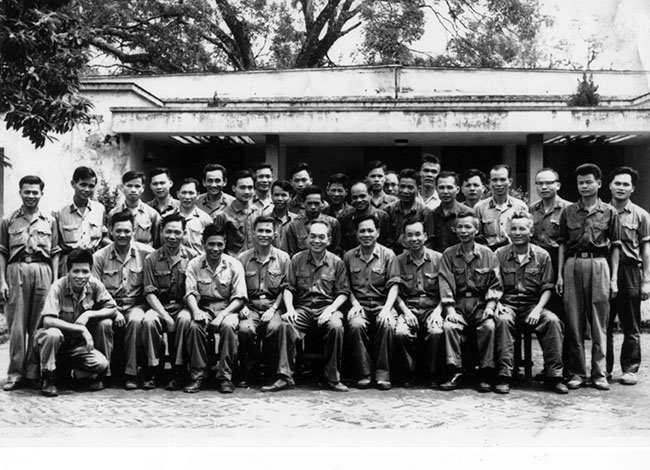 Examples include memories of artists like Composer Phạm Tuyên, who wrote the song “Uncle Ho is still here with us on the day of great joy and victory” at the time Saigon was liberated; People’s Artist Như Quỳnh, the artist who participated in the victory day rally; the Artist of Merits Kim Cúc, the broadcaster who read to the whole nation the news about the victory on Radio Voice of Vietnam on the noon of 30 April 1975; or the story of Mrs. Văn Minh Tâm, the daughter of General Văn Tiến Dũng, Commander of the Ho Chi Minh Campaign. There are also many other simple and touching stories of “insiders” like the liberation soldiers, the wives waiting for their husband’s triumphal return, etc. all of which helped reconstruct the epic victory and the moments of great joy of the nation.

The exhibition is open to visitors from 29 April 2021.