The exhibition “John Ramsden and Ha Noi – spirit of place” will evoke Hanoi in the subsidy period with the memorable and vivid photos in the Exhibition House at 29 Hang Bai, Hanoi. 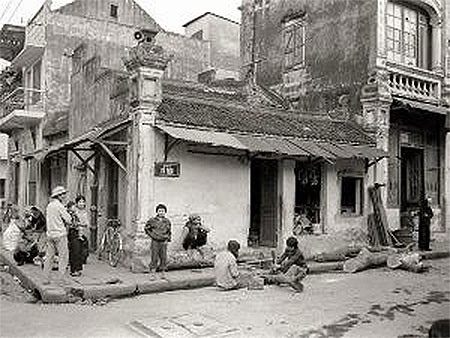 A street corner of Hanoi in 1980. Photo: John Ramsden

Those photos were captured by John Ramsden. In 1980, when the young British Diploma John Ramsden firstly came to Hanoi as the Vice Ambassador of the UK, he was interested in the simple beauty of a city recovering after war. The memories of three years living and working here were showcased in over 1800 photos and kept since he left Vietnam in 1983.

In this exhibition, John Ramsden and his partners will display 220 photos, including more new works than his other exhibitions in the world. Specifically, the exhibition will focus on the content of city, people, and living activities in the Hanoi’s subsidy period. The concept throughout the exhibition is to present the spirit of Hanoians in the hard time of the country.

The memories of Hanoi in the lively photos will be told by the historian, member of National Assembly Duong Trung Quoc with the notes below each photo, representing the dialogue between the past and present.

This also enables audience to be more aware of the historic nature of the photos collection captured by a British Diplomat at his impression with Hanoi’s beauty.

The exhibition lasts until the end of October 26 in the Exhibition House at 29 Hang Bai, sponsored by Ministry of Culture, Sports and Tourism, Embassy of Vietnam in the UK, Embassy of the UK in Vietnam and British Council.