On the morning of 6 September 2019, the 2019 Mid-Autumn Festival Programme under the theme “Festive Drums of Autumn Moon” kicked off at Thăng Long Imperial Citadel, attracting not only researchers, artisans, but also teachers and more than 400 pupils of the Ngôi Sao Primary and Lower Secondary School. 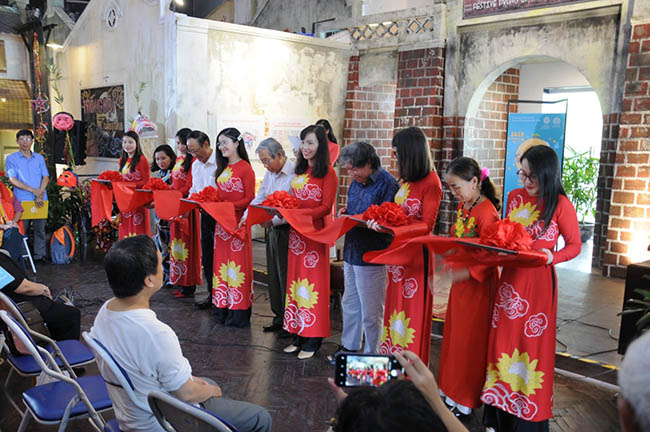 Mid-Autumn Festival started out as an agricultural ritual, especially wet rice cultivation. From the days of yore, ancient people held in very high regards two periods of time in a year:  season onset in spring and harvest season in autumn. For the onset, they practiced praying ceremony, and for the harvest they conducted thanksgiving ceremony. These were the mores and customs of cultivating residents. These people, rejoiced at bumper crops, decided to conduct thanksgiving ceremonies as a sign of gratitude to Heaven and Earth as well as the Agricultural God and ancestors. Mid-Autumn Festival, known locally as Tết Trung thu, is one of the most important festivals of the Vietnamese people, taking place in the middle of autumn on the 15th day of the eighth lunar month when the moon is roundest and brightest.

Under the Lý Dynasty became a festival of national stature. The ceremony was conducted by the king himself and lasted three days with such activities as ancestral worship, relatives visit, boat race, water and land puppetry. The entire capital city of Thăng Long was splendidly decorated and the festival attracted a huge turnout of people. During subsequent dynasties, Tết Trung thu remained an important festival of not only the royalty and nobility but also of the whole country.

According to tradition, households would carry out ancestral worship during the day and enjoy party and appreciate the moon at night. The party tray often featured mooncakes of different shapes (moon, shrimp, fish, fruit) made of flour and colorfully dyed, together with other seasonal products such as young rice (cốm), persimmons, custard apples, grapefruits, etc. On the occasion of Tết Trung thu, people together indulged themselves in moon-gazing, merrymaking, lantern parade and partying amidst the drumbeat of the lion dances as well as the singing of trống quân – a unique form of repartee, under the full-moon light. 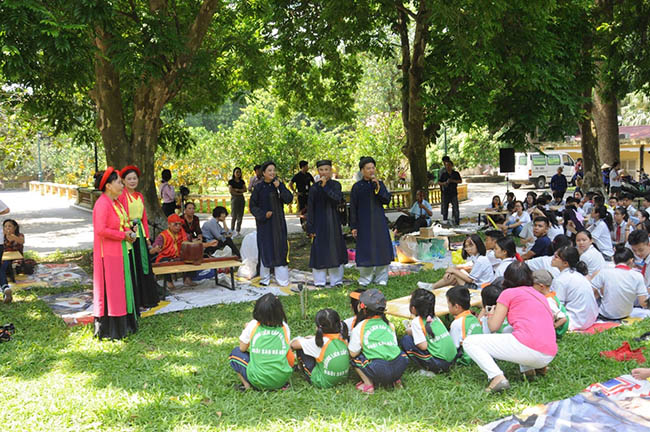 With the purpose of reconstructing the images of traditional Mid-Autumn Festival and thus contributing to the preservation of the national culture, the Joyful Mid-Autumn Festival programme has become an annual feature at Thăng Long Imperial Citadel where children have opportunities to take part in useful and meaningful activities to further their understanding of the roots of the Vietnamese culture.

Coming to the programme at Thăng Long Imperial Citadel, children will have a chance to take part in useful and exciting activities such as watching lion dances, listening to trống quân songs, and experiencing the making of mooncakes.

Some photos of the inauguration ceremony 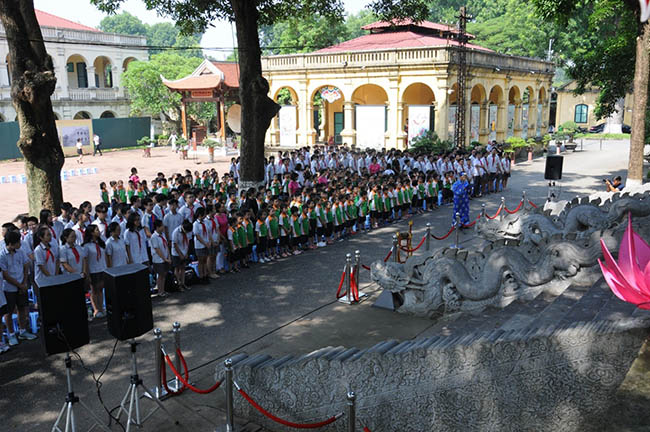 Teachers and students of the inter-level school Ngôi Sao offering incense in front of the Kính Thiên Palace Foundation. 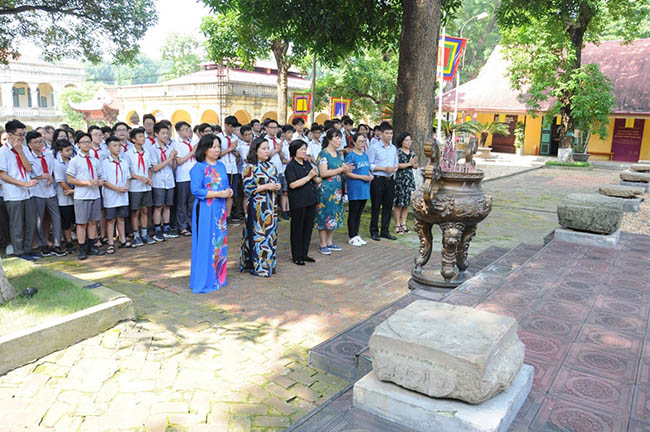 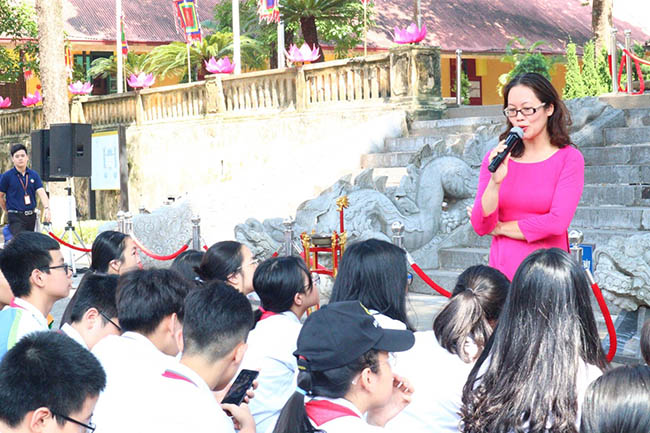 Listening to stories about Mid-Autumn Festival celebrated in the palaces of Thăng Long Citadel in the past. 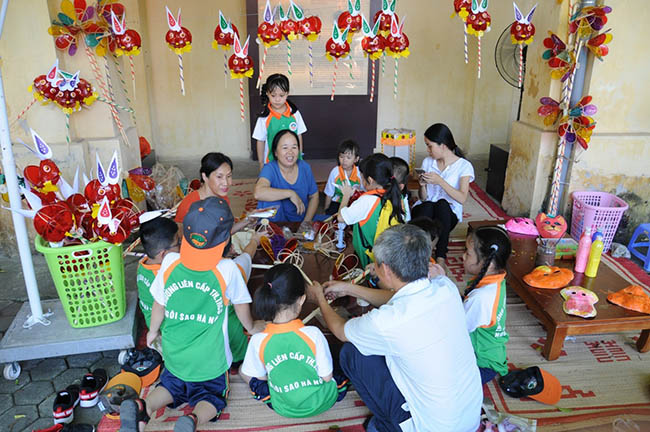 Making mid-autumn lanterns under the instructions of artisans.

Enjoying themselves to the full with traditional folk games. 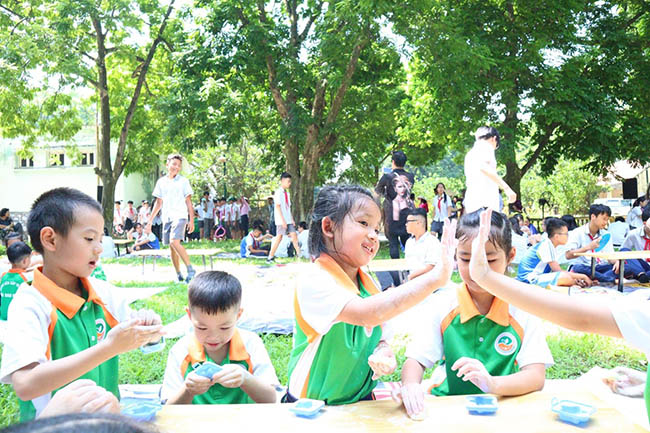 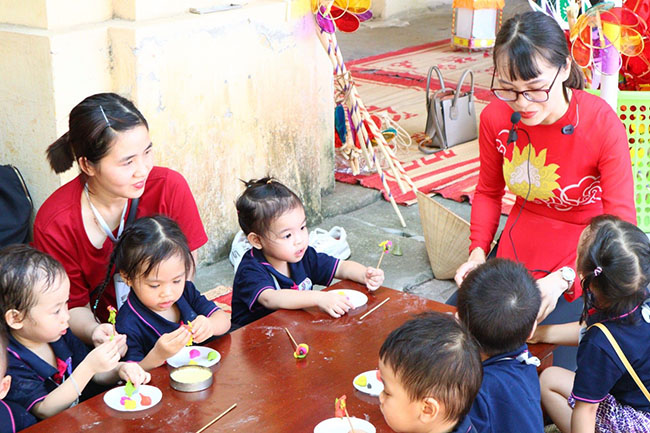