Under the Ly Dynasty, the “Triple-citadel structure” was clearly shaped. The innermost citadel surrounded the residence of the king, was called Forbidden Citadel; the middle citadel covered the place where the king and court worked, inclusive of Forbidden Citadel was the Imperial Citadel, also known as Royal Citadel. Outermost citadel, surrounded the residence of mandarins, Crown Prince, Princes, royal families and the people, was Dai La Citadel. The land located between the Imperial Citadel and Dai La Citadel was known as the Imperial City. 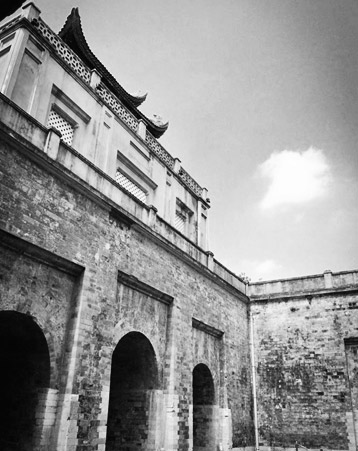 Beside Long Duc Palace, palaces of other princes, royal family members, mandarins and army barracks also concentrated in the imperial city. These were magnificent constructions interspersed with streets and residence, production place of the people, forming a crowded urban complex.

Under the Ly Dynasty, Thang Long Imperial City was divided into 61 wards which were residence, work, production and trade places of the people. The meaning of the word “ward” was a “square plot”. 61 wards from the Ly Dynasty were 61 square plots gathering households into one administrative unit equivalent to a rural commune. These wards were separated with streets. This was a typical capital planning during the Middle Ages. However, Thang Long had its own feature, i.e. each ward was home to the craftsmen of the same job and often had a common homeland. Therefore, people often talk about ‘the builder word”, “carpenter ward” or “welder ward”. The ward from one administrative unit was attached to the leading profession of the people residing in that ward. People often opened shops of his ward’s products along the street running through the wards, forming the main street trading the same goods and the city was named after the profucts from that time. This explains why ancient Thang Long – Hanoi had streets named as Hang Dong (Copper Street), Hang Non (Hat Street), Hang Tre (Bamboo Street).

The Ly Dynasty built the Temple of Literature and the National College in Thai Ho area in the center of Thang Long Imperial Citadel. The south of Thai Ho was Chu Tuoc Lake (later it was called Bich Cau Lake; then it was split into Bay Mau Lake and Thuyen Quang Lake). In 1154, King Ly Anh Tong built Vien Khau Holy House near to Chu Tuoc Lake to organize the Te Giao Rite (worshiping the gods) annually. 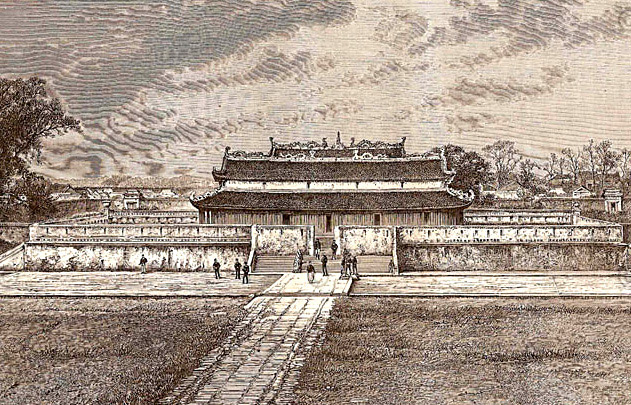 Under the Ly Dynasty, Dam Dam Lake (West Lake) had been separated from Red River, but Luc Thuy Lake (Hoan Kiem Lake) and Chu Tuoc Lake was ​​still connected with Kim Nguu and To Lich Rivers – two meandering rivers inside Thang Long. A few bridges were built over To Lich River for residents on both banks of the river to go and trade such as Dong Bridge (East Bridge) built of stone, Thai Hoa Bridge built of timber, Cau Bridge and Tay Duong Bridge.

Since Thang Long Imperial City had a convenient system of rivers, many crowded commercial wharfs (the old word for wharf is “búa”) were formed such as Trieu Dong Wharf (Hoe Nhai Street), Thai Cuc Wharf (Hang Dao Street), Thai To Wharf (Nguyen Du Street), Giang Tan Wharf (Nghia Do Street), Thien Thu and Dai Thong Wharfs (not determing the location yet), etc. In ancient Thang Long, markets and wharfs generally were combined, forming the word usage “market and wharf” which the people are familiar with so far.

Thang Long Imperial City was located along Red River (also known as the Nhi River or Lo Giang River under the Ly Dynasty). Kings of the Ly built four riverside palaces for the king, mandarins and the entourage to see the annual boat racing festival. The four palaces included Ham Quang (built in 1011), Linh Quang (built in 1058), Thuy Tinh and Thanh Tu (built at the beginning of the XIIth century). In which, Thai Tu Palace was also the residence for the King’s Mother. The palaces were imposing and magnificent. For instance, Kien Le and Sung Nghi Palaces were built on the left and on the right of Linh Quang Palace respectively; in the front of Linh Quang Palace, a one-pillar lotus-shaped steeple was built (under the Ly Dynasty, Buddhism was popular and lotus images were used as stylized decoration, creating historical constructions such as One Pillar Pagoda, etc.) 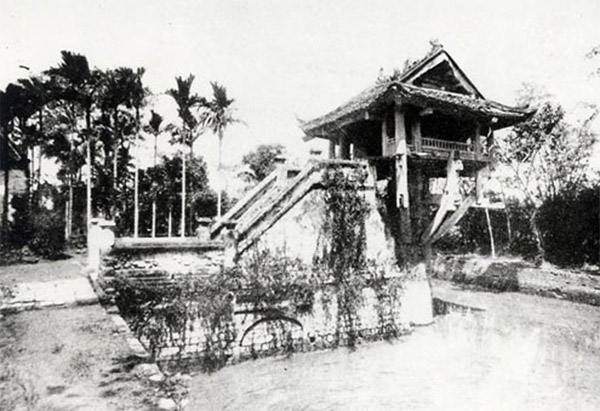 Beside Dam Dam Lake (West Lake), the kings of the Ly Dynasty also built many palaces as royal step-over palaces for watching fishing and boating. At the beginning of the XIII century, Princess Tu Hoa, the daughter of King Ly Than Tong, residing in Tu Hoa Palace near to Dam Dam Lake and imperial maids started the profession of growing mulberry and feeding silkworms. Thus, this area was called Tam Tam Camp, later renamed as Nghi Tam.

Next to Luc Thuy Lake, the Ly Dynasty built many important constructions, including Bao Thien Tower and Bao Thien Pagoda to mark the victory against Champa; Chiem Nu Palace was also built as a place for the arrested Champa women to live in.

Under the Ly Dynasty, Buddhism was prevailing, in the imperial city, the kings built many pagodas, including many famous pagodas such as Van Tue, Dien Huu and Ngoc Ho Pagodas.

On the bank of Red River, opposite to the Imperial City, King Ly Anh Tong built Hoai Vien Station as a place to welcome the messengers and chiefs of minorities in the region attending to the audience by the King.

Thus, from the Ly Dynasty, Thang Long became not only a political, administrative and military center but also a big economic and cultural centre of the country with the highly scientific urban planning of chessboard style.