On the morning of 28 January 2020 (the fourth day of the Year of the Golden Rat), leaders of the Party, Central Government and Hanoi offered incense, planted trees and exchanged new-year wishes with the public at Thăng Long Imperial Citadel. 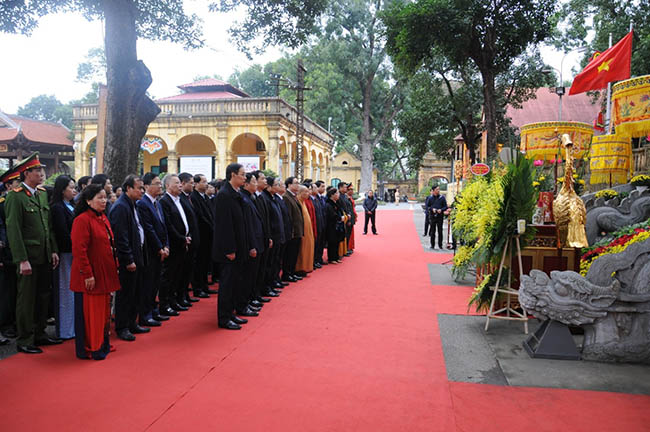 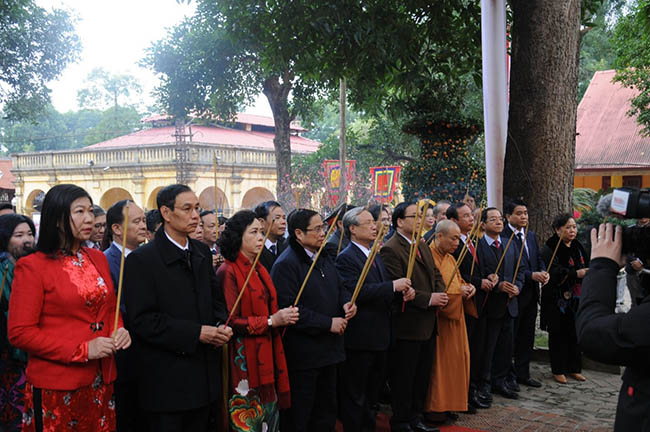 In the solemn atmosphere of the Imperial Citadel of Thăng Long, the delegates offered incense to commemorate King Lý Thái Tổ’s transfer of the capital city to Thăng Long in 1010. Since then, Thăng Long has become the convergence of holy spirit where successive dynasties constructed the boundaries of the country and enriched its millennial history and culture, from the days of yore to the glorious Hồ Chí Minh era of modern Vietnam.

Commemoration of the merits and virtues of the ancestral kings and talented officials will help instill in the mind of the descendents a feeling of gratitude and a desire to preserve the good values of Thăng Long – Hà Nội, further promoting the historical and cultural values of the Thăng Long Imperial Citadel, a World Heritage Site located right in the heart of Hanoi, the city of millennial culture. 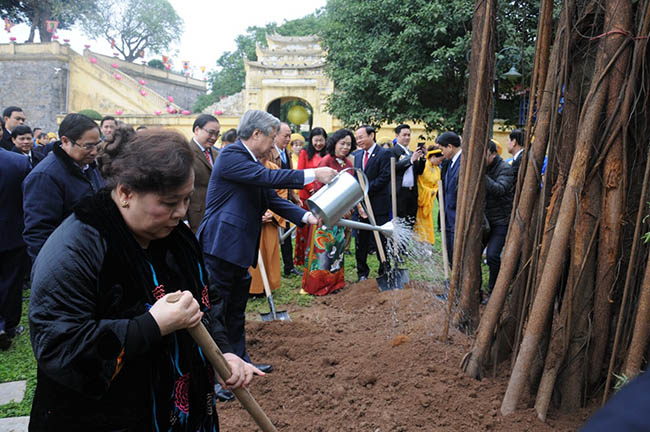 After the incense offering, the leaders of the Party and Central Government took part in tree-planting ceremony to realize the teachings of President Ho Chi Minh “For the country’s vitalities, Spring is the time to plant trees”