To celebrate the Lunar New Year (Tết) of 2017 and the 87th anniversary of the foundation of the Communist Party of Vietnam, the Thăng Long – Hà Nội Heritage Conservation Centre works with different organizations and craft villages to host a wide variety of exhibitions and traditional cultural activities to serve the general public during the biggest holiday of the year. 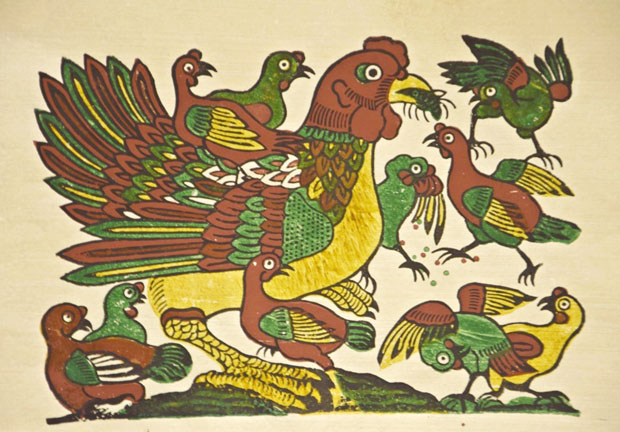 In order to uphold national cultural values, this year the Thăng Long – Hà Nội Heritage Conservation Centre continues to cooperate with collectors and artisans of craft villages to introduce to the public unique exhibits at the world heritage site. For example the Folk Paintings Tết exhibition introduces three types of typical traditional paintings of Vietnam, namely the Hàng Trống, Kim Hoàng and Đông Hồ through a collection of the Hanoi Ceramic Museum, the Royal Court Costumes of Vietnam exhibition unveils a collection of Researcher Trịnh Bách and Trinh Family Foudation with 15 sets of royal court costumes of different Trịnh Lords and Nguyễn Kings like Emperor Đồng Khánh… The collections are expected to help the audience better understand the traditional art of embroidery of Vietnam and enjoy the dexterity and talent of the artisans as well as the meticulousness and subtlety of the royal court costumes in the past.

The Vietnamese Heritage Photos gallery introduces 100 outstanding works selected out of the Vietnam Heritage Photo Awards 2016, giving the visitors a real feel of the diverse cultural identities of Vietnam as a country and a people.

On this occasion, the Thăng Long – Hà Nội Heritage Conservation Centre also organizes onsite exhibitions of artifacts and opens to the public newly discovered archaeological areas which reveals different layers of traditional culture and history, such as typical vestiges of the Restored Lê period and the Lý Dynasty, vestiges of the brickyard, and tiled paths, of the Lý Dynasty, the square-sectioned brick yard, remnants of the Early Lê Dynasty and water channels of the Lý Dynasty among others. At the same time, the incense offering ceremony at Kính Thiên Palace Foundation will also be restored, giving visitors some initial understanding about the findings of the most recent research. This will provide basis for the total restoration and restitution of the space of Kính Thiên Palace in the future.

On the first days of the new year, visitors to the Thăng Long Imperial Citadel will also have a chance to indulge themselves in many traditional cultural activities like the incense offering ceremony in memory of the ancestral kings, water puppet shows that create a cozy ambience imbued with cultural identities to usher in the new spring. 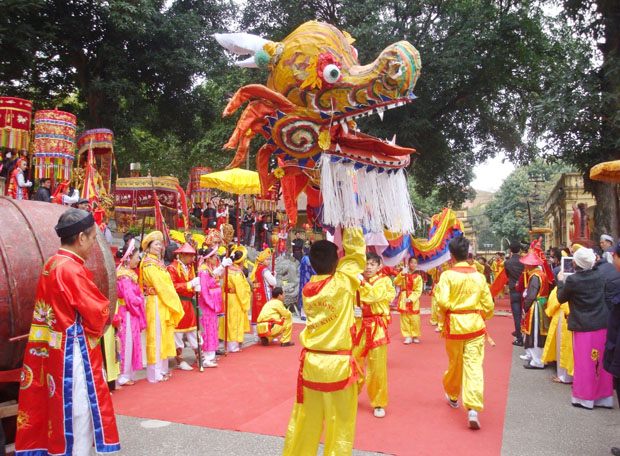 Dragon dance in the Spring Festival

The whole heritage site will be adorned with colorful and splendid banners, flowers and lanterns to welcome the New Year 2017 – the Year of the Rooster.

The Heritage Site will be closed on the 26th, 27th and 28th of January 2017. Places for incense offering and praying will still be open.

The site will be reopened for sightseeing from 29 Jan 2017