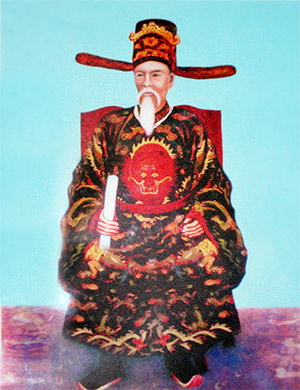 Knowing that the tactic of using claims failed, in the morning of November 20, 1873, Garnier suddenly attacked Hanoi Citadel.

Mastering the location of Hanoi, Garnier commanded gunboats to slide down the two southern ports and ordered elite troops quickly cross over the bridge to reach the gate. When the army of Nguyen Tri Phuong standing on the rampart discovered and shot down, it was too late – the French had passed the defensive shell range.

While French infantry prepared to approach the citadel gate, the French gunboats shelled and broke the Southern gate. Artillery fire shook Hanoi Citadel. Soldiers on the rampart was unfamiliar with artillery, ran in panic to Western gate. The defense system of Nguyen Tri Phuong was completely broken by Garnier.

After an hour, the French flag flew over Hanoi Citadel. A small group of French soldiers with the support of modern gunboats of great destructive power occupied Hanoi in just a moment and captured more than 2,000 Vietnamese imperial troops.

The system of river and moats around Hanoi promoting defensive strength throughout thousands of years was suddenly counterproductive –it made it easy for French gunboats to approach and attack the citadel at any location under Garnier’s strategy.

Committed suicide with the citadel

In this brief battle, Nguyen Tri Phuong’s son, Princess Husband Nguyen Lam refused to flee and sacrificed in the fighting. Nguyen Tri Phuong himself was seriously injured and was captured by the enemy.

In response to the French, Nguyen Tri Phuong gave an outright rejection to the request for treating his wounds and went on hunger strike to confirm the indomitable spirit of the Vietnamese people before invaders. His trenchant response to the invaders fueled the spirit of “for the sake of good deed” everywhere: “Now I’d rather die for good deed than linger on.” 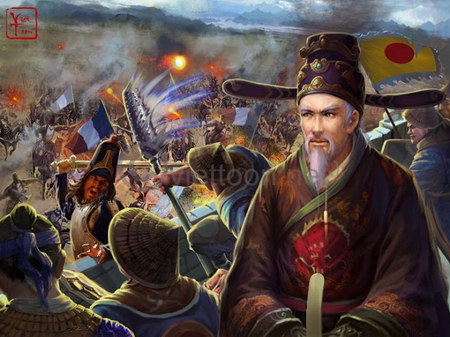 Unable to conquer Nguyen Tri Phuong, French army pillaged his mandarin clothes to show off trophies and threaten the people. Currently, the uniform of the Province Chief of Hanoi is still on display at the French Military Museum at Les Invalides.

Province Chief Nguyen Tri Phuong died after a hunger strike for several days, left the infinite grief to the royal army, people, elitesthrough out the country in general and of Hanoi in particular. Such grief fueled into the indomitable willpower and determination to wipe out the invaders out of the country.

Hanoians were simmering with hatred; all and one revolted against the French. During a year of occupying Hanoi, the French constantly faced with the uprising of the people and local elites.

In the uprising in Cau Giay led by Ton Thuyet and Hoang Ta Viem, the French fell into ambush and were killed. Garnier was also killed in the battle. The French military survivals got back and entrenched in the citadel.

After Cau Giay battle, France was forced to sign the Treaty on January 05, 1874 and returned Hanoi, Hai Duong, Ninh Binh and Nam Dinh provinces and only set up one envoy office in Haiphong.

Grieving for a faithful Province Chief of Hanoi Citadel, the Hanoi People’ have set up altars to Nguyen Tri Phuong at Trung Liet Temple on Dong Da hillock.

Today, at the shrine of Nguyen Tri Phuong at Trung Liet Temple there are still two parallel sentences written by the contemporaries, appraising his loyalty and bravery.

The people also set up the altar of Province Chief of Hanoi Citadel Nguyen Tri Phuong beside his successor, Province Chief Hoang Dieu, in the gazebo just above the Northern gate (North Gate).

To commemorate the merits of Nguyen Tri Phuong, Hanoi’s authority and people have decided to name the road running through Hanoi ancient citadel after his name – which was called the Road inside the citadel by the residents and Eastern Royal step-over palace by the court.