On the morning of the 23rd day of the 12th lunar month this year, the Thăng Long – Hà Nội Heritage Conservation Centre conducted the “ring out the old and ring in the new” ceremonies, representing some traditional rituals in the palaces of yore, such as calendar-giving, ablution of votive objects, worshipping of Kitchen Gods and erection of the new year’s tree “cây nêu”. 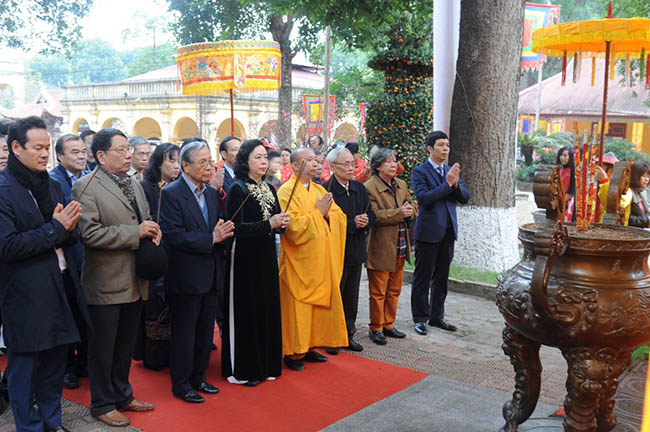 In attendance at the ceremonies were Ms. Bà Ngô Thị Thanh Hằng, Vice Party Secretary of Hanoi, scientists and many visitors from near and far.

According to Vietnamese customs and mores, the Lunar New Year or Tết Nguyên đán is the marker of the transition from the old year to a new one. This is the biggest festival of the year celebrated by the family, the village, and community since the days of yore. Tết is also when people try to complete the last stuffs of a busy year to welcome in a new one full of hope and aspirations. 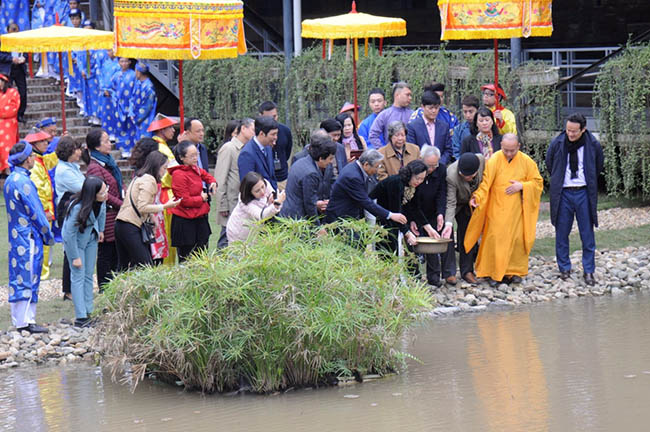 In the old palaces of Thăng Long, Tết was a lot more solemn and important, because back then the kings and his court represented the country’s national prosperity and popular bliss, and therefore, the new year ceremonies were very solemnly conducted to reflect and demonstrate the regal power of “Heaven’s Son”. Tết was not only restricted in the first few days of the new year. Rather, it usually began from early the twelfth month of the old year to the first lunar month of the new one, with many important ceremonies and rituals, conducted in their entirety to form a series of events before, during and after Tết.

The festivals before Tết clearly conveyed the “ring out the old and ring in the new” message to see off the old and usher in the new, including a series of festivals such as calendar-giving, ablution of votive objects, worshipping of Kitchen Gods and erection of the new year’s tree “cây nêu”. 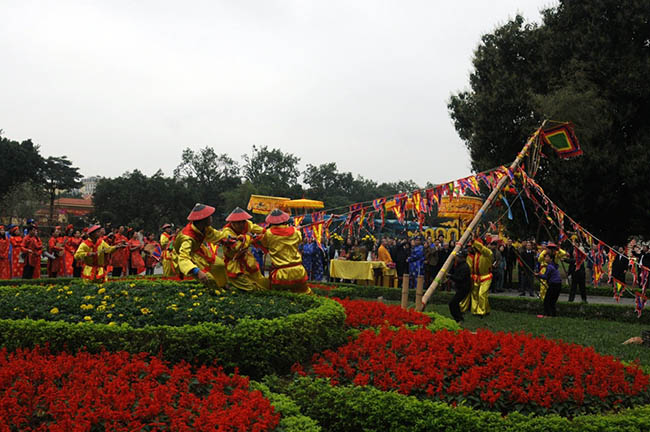 The New Year tree (Cây nêu), which heralds the coming of Srping, is erected in front of the Main Gate (Đoan Môn).

Festivals and rituals in the royal court were very diverse, conducted in a solemn manner as a sign of reverence to the way of heaven and earth. As the old year went out and the new one came in, people prayed for a harmonious weather for crops as well as abundance and bliss for every family.

On the occasion of Tết, all the households and the imperial palaces of Thăng Long were more splendidly decorated to welcome the new spring.