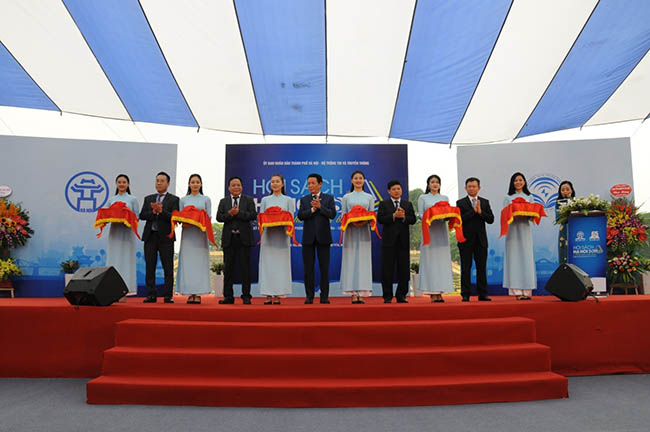 On the morning of 02/10/2019, The 6th Hanoi Book Fair titled “Hanoi – City For Peace” commenced at Thăng Long Imperial Citadel. The Book Fair 2019 is jointly organized by the People’s Committee of Hanoi and the Ministry of Information and Communications and is bigger in scope and scale compared with previous book fairs, attracting reputed publishers within and beyond the country with about 200 stalls introducing diverse types of books including children books, literary books, socio-cultural books, economics books, science and technology book, foreign language books, digital books, among others.

With the theme “Hanoi – City For Peace”, this year’s book fair is attended by a number of diplomatic corps and missions in Hanoi, specifically the embassies of India, Indonesia, France, Italy, and the Czech Republic; the Publishing Association of South East Asia represented by publishers from the Philippines and Myanmar, the KOTA BUKU City of Book from Malaysia and 14 publishers from Japan, Malaysia, Indonesia, and Singapore. This is an opportunity for participating agencies to exchange and network in the area of international publication where they can sign contracts, MOUs and procure copyrights among other transactions. 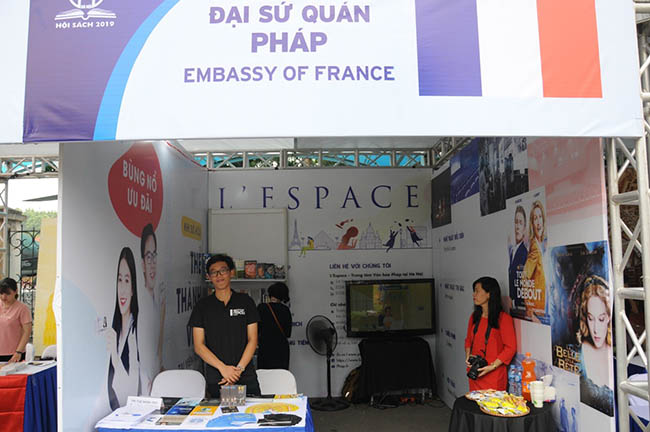 Beside the traditional book stalls, the Book Fair offers readers a special thematic space of exhibition titled “Hanoi – 20 years as the City For Peace”. This space introduces books and documents about the long-established culture of Thăng Long – Hà Nội as well as the books of diplomatic missions, foreign publishers and publishing associations, international children paintings with the theme “I love Hanoi – the City For Peace”.

The Book Fair also features book launches and discussions on two books by Assoc.Dr. Hoàng Anh Tuấn (in the Thăng Long thousand-year culture book series) namely: “Collected Documents of  the British East Indies Company on Kẻ chợ – Đàng Ngoài (1672 – 1697)” and “Collected Documents of  the Dutch East Indies Company on Kẻ chợ – Đàng Ngoài (1637 – 1700)” by Hanoi Publishing House; “Talk to Writer Chu Lai – a soldier’s life, a writer’s career” by Đinh Tị Company; Exchange Programme “Life without garbage” with Dr. Nguyễn Mạnh Hùng – Director of Thái Hà Book Company; panel discussion “Nurturing a little reader” by Nhã Nam Culture and Communications Company; Kim Đồng Publishing House introduces exchange programmes: Hanoi Urban Sketch Group, author of “Hanoi Old Quarter – Sketches and Reminiscences” (a group of authors that were awarded the Bùi Xuân Phái Prize – For the Love of Hanoi in 2019) and the launch of a book series titled “Parenthood – Experience from Japan“; panel discussion “Astrology within our reach”, Programme “Hanoi – a time to remember “ and the launch of the book “Hanoi, straw hats and coupons” organized by Sống Book Company (a trademark Vietnamese author books of Alpha books). Especially noteworthy are the programmes organized by the Indian Embassy titled “Messages from the Mahabharata to 21st century” delivered by Dr.G.B.Harisha, Director of the Swami Vivekananda Culture Centre, panel discussion about Italian books titled “Italian literary works translated into Vietnamese: past, present and perspective” joined by Ms. Maria Benimeo – Culture attaché of the Italian Embassy in Hanoi; the meeting with and receiving autographs from Marko Nikolić, an expat living in Hanoi who authored “Phố Nhà Thờ” (Church Street) in Vietnamese in the book stall of Nhã Nam, all of which will offer excellent opportunity for book lovers to understand more about authors, works, and cultures from different countries.

Besides, the Hanoi Book Fair 2019 also feature many diverse original art activities and exchanges such as the Poetry and Music Night “Love of Hanoi” organized by Hanoi Writer’s Association; “Publishing trends in ASEAN countries” with the participation of some guests from ASEAN Publishing Association as well as from domestic and foreign publishers. The English Language Day organized by Hanoi Department of Education and Training and art evening performances organized by the Hanoi Municipal Youth Union and a number of local universities and colleges will make the Book Fair a real festival for young people. 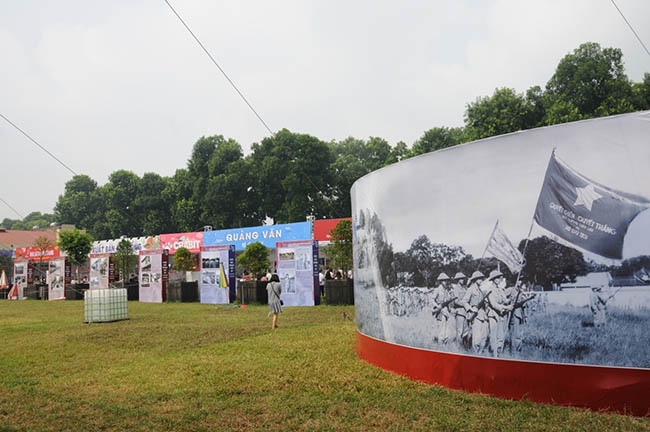 The Programme “Memories of Autumn” celebrating the 65th anniversary of the Liberation of the Capital City (10 October 1954 – 10 October 2019) with a thematic exhibition titled “Hanoi in the autumn of 1954” and the Programme “Historic Flag Saluation Ceremony” re-presenting the special historical milestones on the day Hanoi was liberated; witness stories and the photo book “We bring back glory to the national strength” conducted by the Thăng Long – Hà Nội Heritage Conservation Centre will make the audience, especially the young, more proud of the tradition of the heroic capital city.