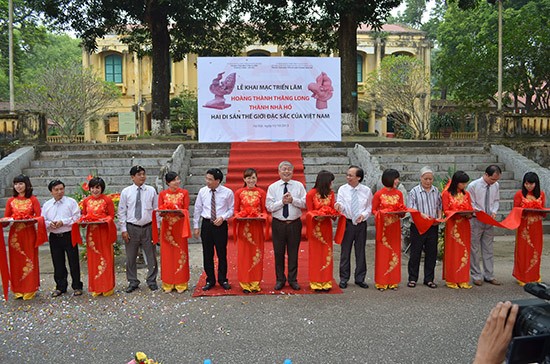 The exhibition displayed more than 100 documents, photos, drawings and typical exhibits of the new heritage sites which were listed by UNESCO as the world heritages in 2010 and 2011, in order to advertise their global outstanding values and strengthen the cooperative relationship for study, conservation and improvement of domestic heritage sites.

The Imperial Citadel of Thang Long was listed by UNESCO’s International Council on Monuments and Sites as the world heritage on July 31, 2010 at the 1000th anniversary of Thang Long- Hanoi. This 1000-year heritage site with diversified cultural layers proves the continual development of Thang Long Citadel and magnanimous history of Vietnamese people in founding and establishing the country.

During many last years, in spite of the disappearance of the gigantic citadel and mansion, architectural relics on the ground, disposed relics, and archaeological vestiges underneath the heritage site are valuable assets of the mankind. Rare are world heritages which express the continuity and long-term development of a cultural and political centre as the Imperial Citadel of Thang Long does.

The Ho Citadel which was listed by UNESCO’s International Council on Monuments and Sites as the world heritage on June 27, 2011 is the seventh heritage of Vietnam which honorably becomes the common assets of the mankind. 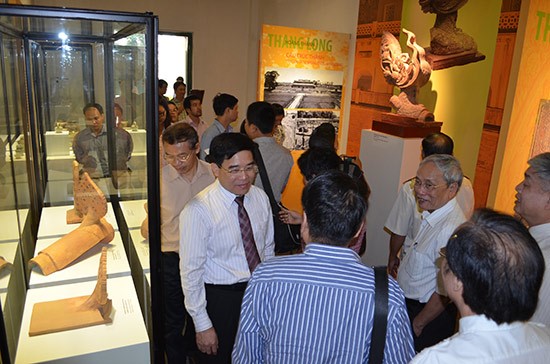 The Ho Citadel (in Vinh Long and Vinh Tien communes, Vinh Loc district, Thanh Hoa) was the unique stone Citadel in Vietnam. As the capital of Dai Viet in the last three years of Tran dynasty, the Ho Citadel was also named as Tay Do (to distinguish from Thang Long- Dong Do) and then as the capital of Dai Ngu (1400-1407). Its global value was acknowledged as “The heritage site is a typical example of architectural work which was built by large stone, both as citadel architecture which symbolized the royal power under the impact of interfered Oriental humane values and as sizeable, firmly and majestic military fortress. The Vietnamese special and unique construction technique was creatively and skillfully combined with technical tradition and construction art in Vietnam, East Asia and Southeast Asia”.

Moreover, during over 600-year changed history, the relatively remained citadel brings us about admiration of a great work which was made by exquisite talent of mankind.

The results of recent excavations have proved and opened potential finding of complete structured planning of a typical ancient capital in Vietnam and Southeast Asia. Domestic and foreign experts upon study of stone walls in the Citadel of Ho agreed with the appreciation of their architectural value. It is considered as an imposing stone architecture which rose up unexpectedly in history of capital construction in Vietnam and Southeast Asia in the late 14th century and beginning 15th century. 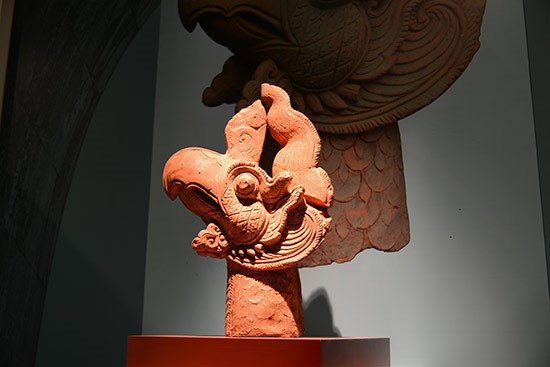 The Imperial Citadel of Thang Long and the Ho Citadel are two heritage sites which have many similar characteristics, demonstrating the continual development of Vietnam feudal dynasties during a long time from 10th to 15th century. “The Citadel of Ho inherited and developed the planning and construction technique of former capital city: Stone Citadel (Imperial Citadel) opens 4 main gates, planning of well-matched architecture around Main Palace in the central; Thai Mieu in the East, Xa Tac Altar in the West and Nam Giao Altar in the South are the continuity of Thang Long Citadel architecture under Ly- Tran dynasties. La Thanh built by farming soil under natural position is the continuity of construction tradition from thousand of years ago: Co Loa citadel, Hoa Lu citadel and Thang Long citadel. Besides, rectangle brick, square brick, decoration tile, statutes of dragon, phoenix, fairy crocodile, mandarin duck, foot of stone, stone stairs… were both originated from Thang Long under Ly- Tran dynasty and processed in place; and as concentration and crystallization of Vietnam intelligence and cultural cream”. Therefore, the Imperial Citadel of Thang Long and the Citadel of Ho are two heritage sites which have close relationship and similar regarding cultural and historical value, criteria of nomination and global values.

The exhibition will contribute to bringing visitors about more awareness of roles and positions of the two sites in Vietnam history and relationship among Vietnam ancient capitals; then contributing to broad advertisement of their global values.