On the morning of 10 February 2015, at the Thăng Long Imperial Citadel, the Scientific Consultation Council on the examination and preservation of the Cổ Loa – Hà Nội Ancient Citadel Heritage Site holds a meeting to summarize its activities in 2014 and maps out tasks for 2015. Attending the meeting were professors, scholars, and representatives of the municipal departments who sit on the Council. 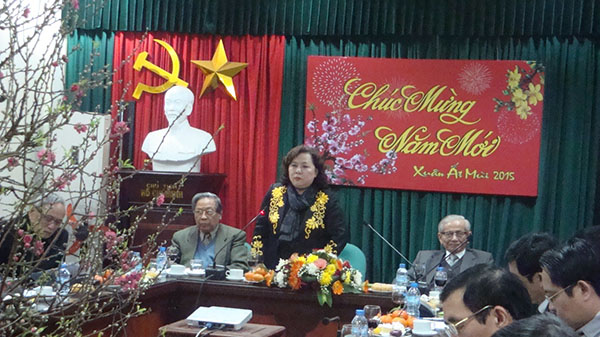 Some of the key tasks of the Centre have been given active and valuable professional feedback by the Council, such as the expansion of archaeological excavation in the Hanoi Ancient Citadel site as recommended by ICOMOS; the transference and reception of relics and artifacts; the guarantee of the integrity of the core zone of the Thang Long Imperial Citadel; the documentation of the Project to conserve, embellish and promote the values of the Thăng Long Imperial Citadel and Cổ Loa relic site; major research programmes such as the project to consider restoring the space of Kính Thiên Palace, the possible restoration of the Quảng Chiếu lantern festival, etc.

The Council operates in a flexible manner with plenary sessions and specialized group meetings according to each area of expertise. This has enabled it to promptly solve difficulties and problems arising from the conservation and promotion of the values of the two heritage sites. With this method of working, the Council has generated consensus among the public and academics, thus helping the city authorities and the management board of the Centre to implement key tasks in conserving and promoting the values of the sites. 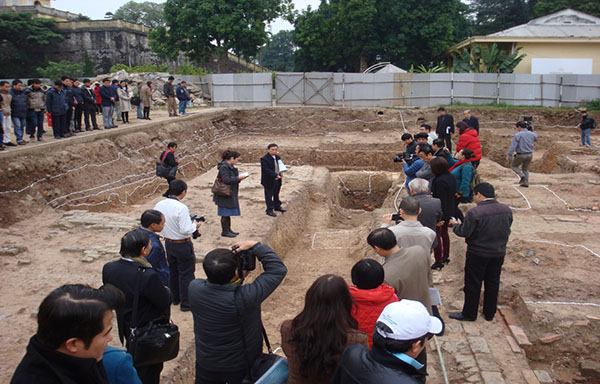 Regarding the Council’s directions and tasks in 2015, Professor Phan Huy Lê – Chairman of the Vietnam’s Association of Historical Science, Vice Chairman of the Scientific Consultation Council, who moderated the meeting, emphasized that: “the Council needs to provide continued consultation for the Thăng Long – Hà Nội Heritage Conservation Centre in its effort to conserve and promote the values of the two heritage sites in Thăng Long and Cổ Loa. Efforts should focus on putting the whole heritage site under integrated management. This is a task we cannot afford to postpone any longer. Besides, it is necessary to speed up the exhibition, value promotion and attraction of tourists to effectively build on the values of the heritage site”.