In the operational bunker T1 in Zone A of the Hanoi Citadel, which is part of the Thăng Long Imperial Citadel World Heritage Site today, there is now on display an extremely special telephone. Dubbed as “Telephone Number One”, it was once connected with Uncle Ho’s phone in the stilt house in the Presidential Palace. 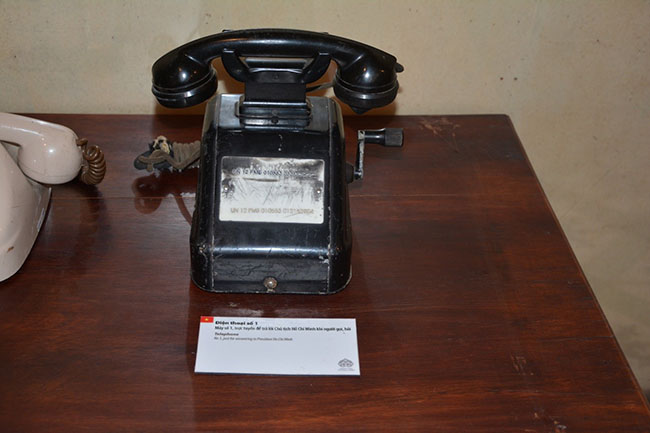 In the operational bunker T1, the Information Command installed a number of telephones to ensure smooth flow of information between the Operational Department and the General Staff, the Politburo, and military zones, military arms, Operational Command of Air Defence and Air Force Service and the Post Office (A9). Telephone Number One was placed near the chief officer on duty, the leader of the Operational Department, who would directly answer President Hồ Chí Minh upon his call. According to Lieutenant General Nguyễn Văn Ninh, former deputy head of the Operational Department affiliated with the General Staff, between 1966 and 1969, Uncle Ho made such phone calls on several occasions to ask after not only the developments in the battlefields but also the officers on duty here.

Bunker T1 was built at the end of 1964 and early 1965, in the early days of the first US war of sabotage against Northern Vietnam. The Operational Bunker served as the operational information centre of the General Headquarters of the People’s Army and the General Staff during the American War. The team of operational officers on duty were tasked with directly answering President Ho Chi Minh upon his call and request; monitoring the protection of the North (airborne, seaborne and on ground) and the developments in the battlefields of Indochina (B- Southern Viet Nam; C- Laos; K- Cambodia); proposing to the General Staff the operational options for prompt responses and proactive victory, synthesizing the situations every 24 hours, every seven days to report to the Minister of Defence and the Chief of the General Staff during the regular meeting every morning; implementing the directives and orders of the Ministry and disseminating the orders in an exact, timely and secret manner to concerned individuals and units. Another very important task was to sound the alarm bell and promptly and correctly for airborne defence for the protection of the general public of the capital city Hanoi. 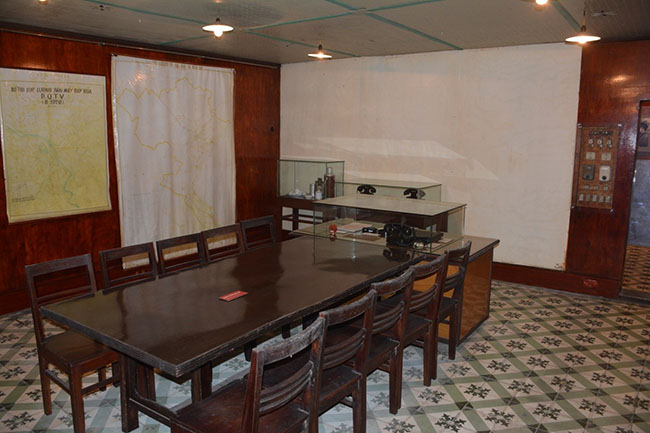 According to the Management Board of the Ho Chi Minh Relic Site in the Presidential Palace, there remain in the stilt house three desk telephones which are important commemorative objects once used by Uncle Ho himself to give directions during the war of national salvation against the Americans. The greenish phone was used by President Ho Chi Minh to talk directly to his comrades in the Politburo and the Central Party Committee. The other two black, metal-core phones were manufactured in China and measure 19cm by 15cm by 14cm with two 22.5cm-long receivers. One of these two phones was used by Uncle Ho to work directly with the Operational Department, the other with the Air Defence – Air Force Command.