In 1527, Mac Dang Dung forced king Le Cung Hoang ceded the throne and set up the Mac. Although the majority of population supported Mac Dang Dung with the desire to have a stable life after a long period of conflicts among the feudal factions, but the other part still supported the Le. While Mac Dang Dung formed the imperial capital and set up in Thang Long (known as Northern Court), the former Le mandarins, led by Nguyen Kim with the support of his son-in-law Trinh Kiem, also backed Le Duy Ninh, the descendant of the Le, to empower the throne, i.e. King Le Trang Tong, garrisoned in Thanh Hoa province (known as Southern Court). Northern Court and Southern Court were constantly fighting. After Nguyen Kim and Trinh Kiem, to Trinh Tung time (Trinh Kiem’s son), the Mac was knocked out of Thang Long. In late 1591, the Le – Trinh military of 60 thousand troops, divided into five armies, ambushed Thang Long. Trinh Tung ordered to shoot at Thang Long and burnt houses. In early 1592, Trinh Tung launched a general offensive to Thang Long; the troops of the Mac lost. Nguyen Quyen, the general of the Mac, was captured; Trinh Tung set fire palaces and houses in the citadel”; condequently, in the citadel, corpses were stacked. A few dozen of generals were killed; more than a thousand soldiers died; pile of weapons was as high as mountains; castles and palaces were empty” (quoted from the works “Đại Việt thông sử” by Le Quy Don).

“The Complete History of Dai Viet” also says that, after the capture of Thang Long, Trinh Tung sent troops to level the soil ramparts around Dai La and fill the moat: “On June 15, 1592, he ordered the troops to level the soil ramparts outside Dai La which was up to thousand feet, cut down trees and bushes, filled all moats and ditches; all of these were finished in only few days.” Thus, 1592 was the time in which Thang Long Imperial Citadel was the most ruined. However, “The Complete History of Dai Viet” made the comment that the arson of the Citadel by Trinh Tung was the plot of Nguyen Quyen to help the Mac.

Since then, Thang Long Imperial Citadel was not protected by the outermost layer. It was not until 1749, when the capital city was threatened by many revolts of peasants, Lord Trinh Doanh ordered to rebuild a new system of ramparts, named Dai Do, basing on traces of the old Dai La Citadel. Dai Do had eight doors with auxiliary doors at the two sides guarded by soldiers.

Thus, more than 150 years after the destruction, Thang Long Imperial City returned to the original architectural style of three-layer protection. 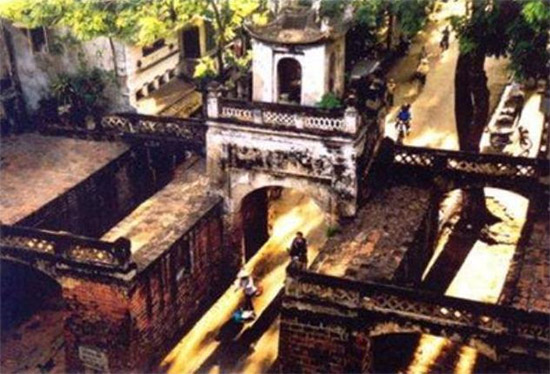 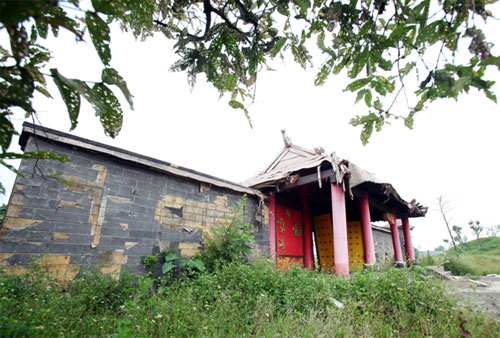