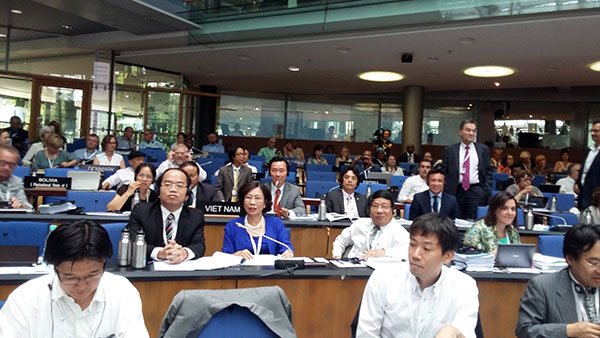 The Phong Nha-Kẻ Bàng National Park was first inscribed by UNESCO in 2003 under Criterion (viii) on geomorphic or physiographic features. During the process of site management, understanding that additional outstanding universal values in terms of biodiversity of the site need to be identified and protected in line with the regulations of the World Heritage Convention and existing Vietnamese laws, the Prime Minister of Vietnam has issued Decision 1062/QĐ-TTg dated 05 July 2013 to expand the area of the Phong Nha-Kẻ Bàng National Park from 85,754ha to 123,326ha. Based on this decision, scientists and site managers have devised the second nomination dossier for the expanded Phong Nha-Kẻ Bàng National Park with Prime Minister’s consent about the scope and boundary.

The Outstanding Universal Value of the Phong Nha-Kẻ Bàng National Park was acknowledged by the World Heritage Committee on the basis of three main pillars specified in the Operational Guidelines for the Implementation of the World Heritage Convention. The three pillars are:

– Criterion (viii): Phong Nha-Kẻ Bàng National Park contributes to an extremely important understanding about the geomorphic features and the historical periods of the area. The system of grottoes and caves in Phong Nha-Kẻ Bàng retains a variety of messages from the past. It also bears testimony to the changes that took place in the system of subterranean rivers  and the accumulation and formation of stalagmites of fascinating shapes and figures in the caves. The heritage site has extremely beautiful landscape, the most magnificent of which is the Sơn Đoòng Cave, first discovered in 2009 and considered to be the biggest natural cave in the world.

– Criterion (ix): The cave ecology and the flora and fauna species in Phong Nha-Kẻ Bàng are unique, many of which however are facing extinction and rely on the caves for their existence. The heritage site is covered with 84% of special use foresets, rainforest ecosystem of global importance.

– Criterion (x): This area harbours an extremely rich biodiversity system. It is home to more than 2,700 species of trees, 800 species of plants, with 133 of the former and 104 of the latter facing global extinction.

3 – Satisfying the requirement that full protection and management plan is in place and functional. 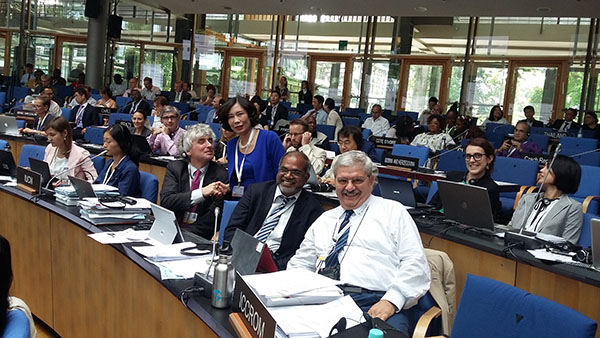 To defend the nomination dossier successfully, the Ministry of Culture, Sports and Tourism, Vietnam’s National Commission for UNESCO, the National Council for Cultural Heritage, the People’s Committee of Quảng Bình and many other relevant agencies, with the support of Vietnamese and international experts, have for many years accelerated the investigation and protection of the property in the face of adverse artificial and natural impacts to preserve intact the Outstanding Universal Value of the property. This is evidence of Vietnam’s remarkable efforts in the protection and safeguarding of natural heritage sites of itself in particular and the whole humanity in general./.

2015-07-06
admin@
Share
Previous Photo Tour 2015 at Thăng Long Imperial Citadel
Next Ratification of the master plan for the conservation, embellishment and promotion of the value of Cổ Loa Citadel relic site (scale: 1/2000)