On June 1st, 2022, Vice Chairman of Hanoi People’s Committee Chu Xuan Dung and a number of scientists and representatives of UNESCO Office in Hanoi went to survey archaeological results at the Department of Operations inside the heritage site of Imperial Citadel of Thang Long. 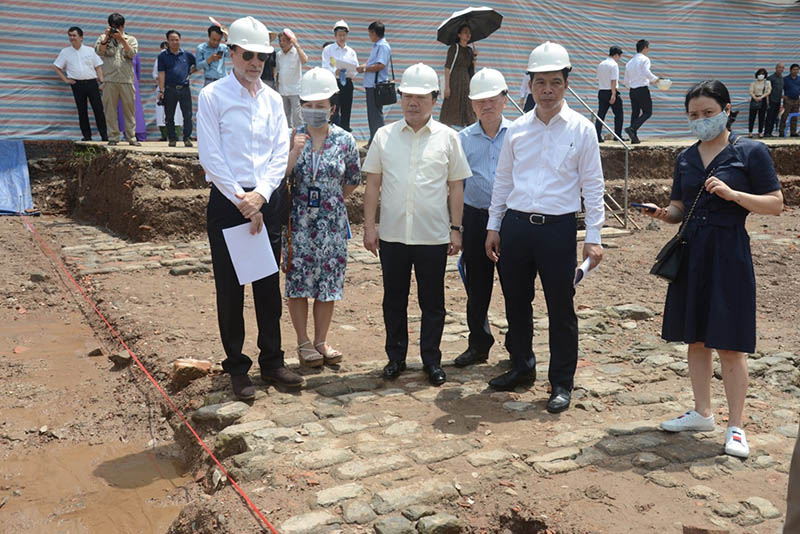 In 2022, excavation pits are being opened in the Department of Operations (in the center of the Forbidden Citadel of Thang Long), in order to better clarify the Ngu Dao axis and the Dan Tri courtyard and plan to restore the main space of Kinh Thien Palace.

During the archaeological excavation, archaeologists have discovered many new vestiges of Dan Tri courtyard and Ngu Dao axis. Specifically, the excavation site is located in the area of Dan Tri yard of the Le dynasty (currently the area of the Department of Operations house), including three excavation pits. Pit No. 1 is 955m2 wide, located in the backyard; pits 2 and 3 are within the floor of the Department. These excavation pits are located in the main space of Kinh Thien Palace of the Le Dynasty, in the Dai Trieu area with particularly important vestiges such as Ngu Dao Street (the king’s way), the Dai Trieu ceremonial courtyard and also the the most sacred space of Dai Viet.

Currently, excavation pis at a depth of 1-1.2m have revealed a number of gray tiled courtyards. In the middle of the pit, there is a trail of broken bricks stretching north-south, about 6.7m wide in the direction from the main gate of Doan Mon through the Department of Operations house up to Kinh Thien Palace. 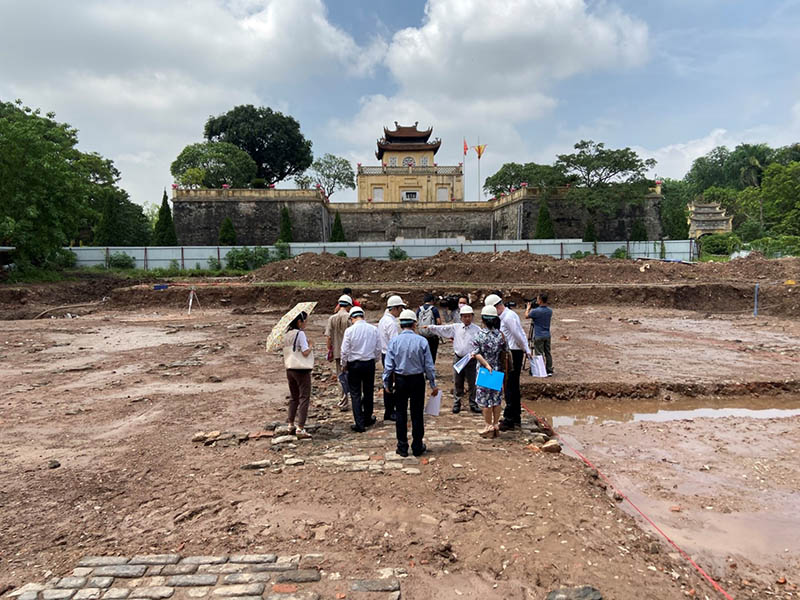 Associate Professor, Dr. Tong Trung Tin, Chairman of the Vietnam Archaeological Association, said that archaeological research in the Imperial Citadel of Thang Long, which is conducted every year, always discovers new values. This year, the excavation was carried out in the center of Dan Tri courtyard, which is the most central area of the heritage site. Archaeologists discovered two extremely important signs, which are vestiges of Dan Tri yard and Ngu Dao. Dai Trieu Courtyard was the place where hundreds of mandarins attend the Dai Trieu ceremony and the Doctorate exams. And Ngu Dao, located in the middle of Dai Trieu courtyard, starts from Kinh Thien Palace’s steps to the South gate, is the way for the king to depart to worship at Nam Giao, Xa Tac, tour the country, and go out to defend the country. 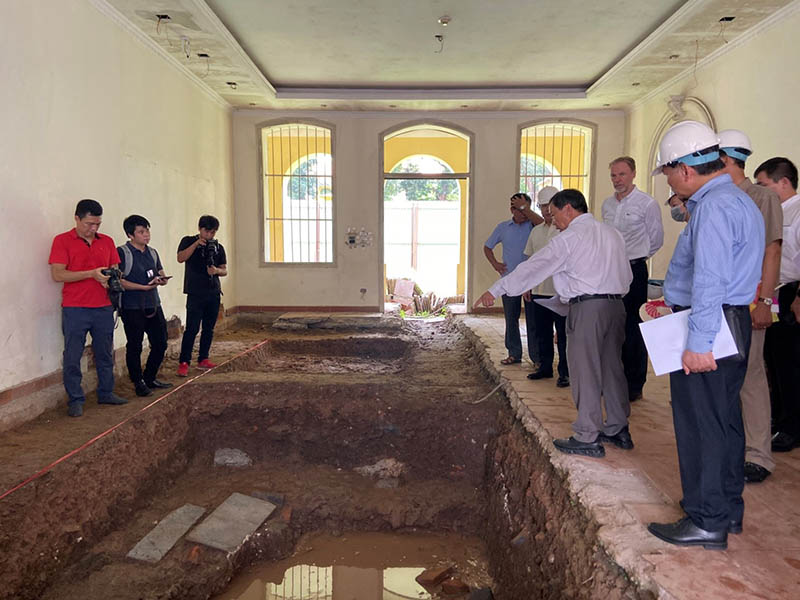 Currently, one of the most important tasks of the Imperial Citadel of Thang Long is to focus on researching and restoring the main space of Kinh Thien Palace and Kinh Thien Main Palace, because that is where the “hidden treasure” is located, where the ancient Dai Viet emperors and their ancestors met and created a unified whole between heaven (heaven) – earth (earth) and people (human) to make all things harmonize and develop. The results of archaeological research in this area will contribute more scientific evidence to clearly identify the main space of Kinh Thien Palace, an important space of the Forbidden Citadel of Thang Long.