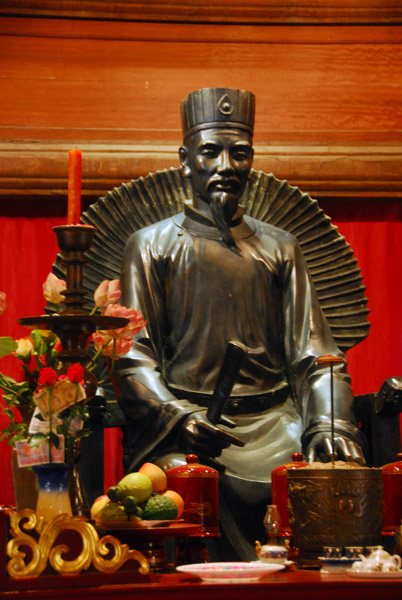 Once, Ly Thanh Tong was sitting in Thien Khanh Palace to judge a case; he allowed his belved daughter, Princess Dong Thien, to stand next to him. Seeing an offender at his daughter’s age, the king was very sympathetic. After the interrogation, the king found out that the cause of the crime of the offender was due to lack of understanding of the law. The king pointed at his beloved daughter and told the warden:

– I love my children as much as the people love their children. I feel sympathetic to the offenders who violate the law because of lack of understanding of laws. From now on, any law needs to be popularized carefully and all the crimes need to be commuted.

Right after that, the king acquitted the young man.

In another time, during bitterly cold weather, thinking of all the miserable people, especially the inmates in freezing prisons, the king felt very sad. At the audience that day, the king said to all the mandarins in the court:

– I still feel cold although I wear fleece and stay in palaces with fireplaces; what about the people who are detained in prison without judging, kept in chains and suffered from hunger and coldness. They could die of coldness? The situation is very merciful.

Right after that, the King ordered to provide all the blankets in the warehouses to the prisoners to fight against the coldness, gave them two meals a day. Then, he issued an edict to decrease half of the tax for all the citizens in a year.

Being a benevolent King, Ly Thanh Tong was highly respected by the people; the country had a lasting peaceful time.

The reason why the King understood the sufferings of the people was that during the time he was still the Crown Prince, his father, King Ly Thai Tong let him live in Long Duc Palace, located in the suburbs, to mix with the folk life. Till the day he took over the throne, Crown Prince Nhat Tong had lived near to the residents for almost 27 years. This time was long enough for him to grasp the hardship of the people. Therefore, he was extremely sympathetic to the harshness of the folk. 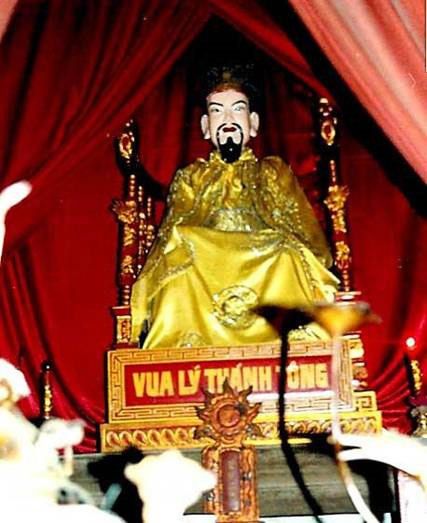 Later, when taking over the throne, King Ly Thanh Tong kept the habit to visit Thien Duc District to see festivals, anniveraries of Buddha’s birthday, rice cultivation and harvesting, fishing and rested to mix with the life of the people.

Ly Thanh Tong was not only a wise king but also good at managing talented people and soldiers. The art of war under Ly Thanh Tong’s reign was so famous that Song Dynasty was interested in learning the way he organized the army.

Ly Thanh Tong also set many marks in the history of the Vietnamese culture. The king was the person who founded the Temple of Literature with statues of Zhou Gong, Confucius and 72 ancient sages, aiming at teaching the people to avoid sins and training many talents to help the country and the King. In the field of Buddhism, Ly Thanh Tong was the founder of Thao Duong Buddhism to develop national consciousness of desiring for independence, self-reliance, fighting against the culture and territory aggression from the Song invaders. Theory of Buddhism by Ly Thanh Tong helped the people understand the philosophy that the self-improvement would win over the fate. This was also a beauty in Dai Viet Buddhist culture under King Ly Thanh Tong’s reign.

Ly Thanh Tong’s taboo name was Ly Nhat Tong, the eldest son of King Ly Thai Tong. Ly Nhat Tong was born on February 25, 1023. At the age of five, he was ordained to be the Crown Prince by his father.

Ly Thanh Tong passed away in 1072 at the age of 50 after 17 years reigning the country.